Still trying to come up with the right punchline? Still trying to figure out how love’s going to conquer all? You’re in luck – we’re giving you two more weeks to enter our Romance and Comedy Award!

END_OF_DOCUMENT_TOKEN_TO_BE_REPLACED

One of the most important skills for a writer is getting the opening of your script right – and part of that is setting the tone. A great premise can be ruined if its presented in the wrong way, and this often happens if the screenplay doesn’t set the tone correctly. So what even is “tone”, and how do you get it right?

END_OF_DOCUMENT_TOKEN_TO_BE_REPLACED

THE DEVIL’S TIDE by John McCoy – Q&A with our 2nd Place winner!

John McCoy not only took 2nd place in our Fall Contest, he was also our Horror Award winner with his script THE DEVIL’S TIDE! We’ve already introduced him and his script here, but we wanted a closer look at what inspired him, his writing process, and his advice for writers.

And don’t forget to enter our Winter 2021 Screenwriting Contest if you want a chance to win big yourself. Our Horror Award is now closed, but our next genre prize is already open: the Romance and Comedy Award! Standard deadline is this Sunday, December 20th, so enter now! 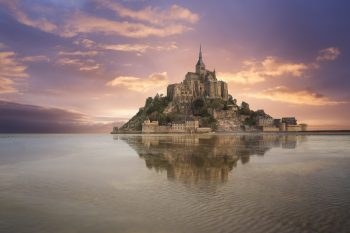 What was your inspiration for writing THE DEVIL’S TIDE?

A few years ago, I was on vacation in France, and visited Mont Saint-Michel.  The gothic-style monastery, vast beach landscape, and island medieval fortress seemed like the perfect backdrop for a classic supernatural horror movie.  Having lived in Washington, DC, I’ve watched curious tourists admire the Georgetown steps where FATHER KARRAS ended his life in THE EXORCIST.   Even approaching 50 years since it was made, horror fans still visit the stairs as if that final sacrificial scene actually occurred there.  In THE DEVIL’S TIDE, I incorporated a spiritual place with genuine historical events to capture that same sense of ancient evil resurrecting in current times.

As mentioned above, when I first saw Mont Saint-Michel, I immediately thought, “what a great place for a horror movie.”  I love horror, because it elicits powerful emotions of anticipation and fear.  Great supernatural horror not only challenges our beliefs in the natural world, but it moves us towards intense feelings that come from the core of our human instincts.  Unlike any other genre, horror allows you to feel shivers up your spine, hair standing up on the back of your neck, or a “jump out of your seat” scare.

I started writing it in 2018 as a student at UCLA’s Professional Program in Screenwriting.  By the end of the semester, I had a first draft.  I owe a great deal to my instructor and fellow students for providing valuable feedback throughout.   Once a solid first draft is complete, the real work of rewriting with additional trusted feedback continues.  I never feel like it is perfect.  For me, there are always small tweaks and fresh ideas that make it better over time. 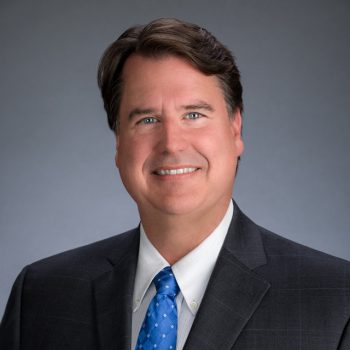 I’ve had an amazing career as a psychologist at the CIA, and had the opportunity to travel to more than 45 countries.  Learning from people, history, and cultures around the world has given me a unique perspective of the human condition, one that I can explore when developing stories, characters, and place.

If I only had the time, I feel like I have a lifetime of story ideas waiting to be written.

I’ve received some wonderful mentorship from other filmmakers and screenwriters.  There is so much to learn, and of course, rejection is part of the game.  If I had to pick two themes, I would first advise writers to write because you enjoy storytelling.  The writing itself is difficult, but if you have a passion for telling stories, it will motivate you through the process.  Second, never stop honing your craft.   Whether through a workshop, class, book, or mentor, I am always looking for opportunities to learn more about screenwriting and filmmaking.

What We Learned from Your Submissions

The first deadline for our Winter 2021 Screenwriting Contest and Romance and Comedy Award is in just a couple of weeks, and we’re sure many of you are hard at work on your scripts.

To give you a helping hand, we thought we’d look back at the submissions to our Fall Contest and tell you what we learned from them – giving you a valuable insight into what works, what doesn’t, and what you need to do to really succeed in our contests and the wider industry! Here are our insights…

END_OF_DOCUMENT_TOKEN_TO_BE_REPLACED

We’re here to help all writers, and we like to keep the door open for them. And we know that some writers narrowly miss out on deadlines because of other factors in their lives, and really appreciate an extra chance to get their work finished and submitted. So for these reasons, we’re announcing a 1 week extension to our Fall Screenwriting Contest!

The new deadline is October 18th. With $3500, script development, pitching to industry, and more on offer as prizes we don’t want to miss any great scripts – and we don’t want any of you to miss out!

So if you haven’t entered yet, use this extra week to polish your work. Give it one last proofread, tidy up those subplots, and make sure it’s in the best possible shape.

And then, when you’re ready – the most important thing of all, enter the Fall Screenwriting Contest before the extension closes!

The Grand Prize is $3500, and the top three scripts all receive:

We increased our Grand Prize for this contest to help writers out in these tough times, and this extension is to help you out too.

And if you want our expert advice on how to take your script to the next level, buy one of our script reports and get free entry to the contest when you do! You’ll also be able to resubmit a new draft of the same script completely free of charge until October 31st once we’ve provided your report!

So if you missed the last deadline, here’s your chance: click HERE to the WriteMovies Fall Screenwriting Contest NOW!

Valentine’s Day is the day to celebrate all things romantic – including movies! And with our first ever Romance and Comedy Award closing just last week, this seemed like the perfect time for us to put together a small list of our favorite romantic films that we think all writers should watch.

The list isn’t intended to be comprehensive, and these aren’t categorically the best the genre has to offer! But they are our favorites, and there are important lessons for writers to learn from all of them this Valentine’s Day…

1. DOCTOR ZHIVAGO
David Lean was on a roll by the time he came to make DOCTOR ZHIVAGO, having just made BRIDGE ON THE RIVER KWAI and LAWRENCE OF ARABIA – and it shows. The bleak wastes of Russia make for a beautiful backdrop, but center stage is a sweeping love story that carries us through the brutality of the country’s political turmoil of the early 20th century. This film is the very definition of the term “epic”. At over three hours long, it shows that if you make the human elements of your story strong enough, it’s still enough to keep an audience engaged for however long.

2. ROMEO + JULIET
There was no way we could compile this list without mentioning the original pair of star-crossed lovers – it was just a question of which version! Special mention goes to the 1968 version, but it’s Baz Luhrmann’s modern re-imagining which gets our vote. The beginning of the film is too hectic, but once the lovers meet it becomes a sumptuous, tragic tale full of stolen moments and forbidden love.The original script was written by some guy called Shakespeare, who seems to have been pretty good at his job: he fills the story with passion, jokes, despair, tragedy and revenge all in one go.

3. ETERNAL SUNSHINE OF THE SPOTLESS MIND
Memories of a failed romance can be painful – and that’s why Joel and Clementine choose to have theirs erased in Charlie Kaufman’s Oscar-winning script. Like much of Kaufman’s work, it’s a mind-bending concept (literally, in this case), but it’s also a touching exploration of love, loss, and the nature of heartache. Jim Carrey turns in a surprisingly subtle and understated performance that suits him, while Kate Winslet picked up her fourth Oscar nomination for hers, but ultimately it’s the script that powers this beautifully poignant film.

4. BEAUTY AND THE BEAST
The first animated film to be nominated for Best Picture, BEAUTY AND THE BEAST is either a film about Stockholm Syndrome or how true love looks beyond mere appearances – but we choose to believe the latter. With fantastic animation, catchy songs, and a tale as old as time, this is the perfect example of how to tell a fairytale romance. Just don’t get us started on the live-action remake, which turned the Beast into a jerk and featured a bit too much auto-tune.

5. HER
Okay, so here’s a bit of a strange one: a man falls in love with the operating system on his computer – and it falls in love with him in return. Another winner of the Oscar for Best Original Screenplay, writer-director Spike Jonze takes his unique premise and weaves a touching story about the nature of human relationships… despite one half of the central relationship not being human. But then, that’s part of the reason why it works. It’s an insightful look into the psychology and emotion of love, demonstrating both its vulnerability and its boundlessness.

SPECIAL MENTION: TITANIC
James Cameron’s epic is the gold standard for a lot of people, even if it’s a bit overwrought in our opinion. Its impact and technical achievements can’t be ignored, though.

SPECIAL MENTION: 4 minutes of UP
The “Married Life” segment of Pixar’s UP brings all but the hardiest to tears, charting the entire marriage of Carl and Ellie without a single word being said. Frankly, we’d have included it in our list if it were a film in its own right, but since it’s just a small part of one, it’ll have to make do with a special mention instead.

So there you have it – our favorite romance films. We don’t claim that they’re the best, but they’re the ones that have touched us the most and we think that all writers can learn something from them!

What are your favorite romance films that you’ll be watching this Valentine’s Day? What would make your list? Let us know by getting in touch on Twitter or Facebook!