WriteMovies Testimonials – What You Say About Us

Here’s a selection of testimonials and comments you’ve been saying about us, all the way from 1999 to the present day.

“Alex Ross and his team at WriteMovies are the real thing when it comes to script consultancy, and knowing the movie business and key players. His experience with both the US and UK markets is a bonus to every screenwriter.“

“I wanted to write a short note to say how much I enjoyed working with WriteMovies. The professional way in which you deal with both the writers and the analysts makes the experience of giving and receiving screenplay notes a painless one and as a result allows the creative process to flow smoothly. Any writer looking to move their screenplay to a higher level can’t go wrong by turning to WriteMovies for feedback.”

– Tom Craig, Producer, SHAKESPEARE IN LOVE, RAINMAN, and many other films

“I feel [my winning script is] much improved, I hope you do as well. Thanks for the help and everything you’ve done. WriteMovies has kicked ass for me so far.

Let me know if there’s anything else I can do to help and how things turn out with the pitching. I hope it gets interest!”

“Value for money: At $69 including entry fee, the length of Michael’s report and level of detail it contained were exceptional value compared with other US and UK competitions.

The feedback feels balanced, it draws out both positive and negative points. No writer wants to be told that their baby is 100% ugly! There are some clear pointers as to what needs to be done to improve the script. For example, in the second para, Michael questions the benefit of Tim taking the final scene. I have since rewritten this and it does feel better.

Elsewhere the report contains suggestions about actors who might potentially fill the main roles. This helps to focus the writer’s thinking about the reality of getting the series made (see comment on commercial issues below).

Questions that need to be answered are flagged up clearly e.g. ‘It isn’t clear what the overarching plot is’ and ‘There needs to be more focus on the revolution’s sub-plot…’

The rating grid on the final page helps to focus the reader’s attention on what elements compare more and less favourably with others.

The inclusion, in both the main text and rating grid, of comments relating to commerciality and budget are useful reminders that, ultimately, writers need to sell their creations!”

– Anthony Etherington on the Judging Feedback he received for his script

“To say I am overjoyed is an understatement. I am pretty much over the moon and probably past Jupiter by now. Thank you so much for having this contest and for giving me hope that [character name] may finally have a chance of getting to screen.“

“BTW, if I don’t say it often enough, thanks for everything you and your team has done, everything from the notes to the pitching. Fingers crossed!“

– Phillip Ramati, winner of the our first UK Scripts Competition (2016)

“I enjoyed reading them and plan to implement some suggestions and explore important itens the analyst brought up.“

– Matthew Heinze on the Development Notes for his winning script

“I wanted you to know I had a great talk with Tom Craig this evening. We spoke for more than an hour. The important thing is he liked the script, so it wasn’t like he told me to scrap the work and start over doing something else.”

“He gave me some real insight into what it would take for this good script to be great. He put me on the right track and I’m eager to apply what he said.”

Tom has also suggested “…producers that he would recommend contacting.“

– Feedback from clients who’ve had Elite Mentoring with Tom Craig

“I have received development notes from a variety of companies and producers in the past and for the most part, they have been very helpful. However, when I received my notes from Writemovies I was completely blown away. The analysis of my script was exceptional, the suggested modifications were on the money and the feedback targeted ways for me to improve my story. In short, I already have a better script based off of the feedback I have received from writemovies. Thanks gang!“

“Thanks so much, I’m deeply honored to be the first featured script of the month! I’ve been sending my material to WriteMovies for years as it’s one of the best reviewed website for writers on Moviebytes. I’ve always been happy with your feedback and support and it’s been a great help to improve my technique.“

– Math Saliva, winner of our first Featured Script of the Month

“Glad [my contribution] was usable. The article [about how winning writing is a team game] is excellent. Have a great weekend. I can’t tell you how good it feels to be having all this feedback and help.“

“I received detailed and thorough Development Notes in early October and read them eagerly (well, okay, and also with a little angst). It’s so helpful to have careful and insightful critique from professionals. I agreed with the suggestions regarding ways the script could be improved (some easy and some a little more challenging). I made the more technical changes first, then sat down for the Big Kahuna, which was that the Third Act wasn’t particularly gripping.

I wrestled for quite a while to come up with a better direction for the storyline. It wasn’t easy to take off a large chunk of the plot and come up with something completely new, but I forced myself to work on it for 2-3 hours a day and eventually, ideas started to flow. Within a couple of weeks, I was excited about the new twist to the story line, and ended up working much of the night several times – enjoyably – as it began to take on a life of its own.

It’s deeply valuable to have a professional team working with you on a common goal: to get the script as good as it can be. After all, that is the name of the game. We writers spend so much time in the wilderness of our minds. It’s a welcome development (and also an honor) to have such an experienced, friendly and professional group helping you. I look forward to the next round of Development Notes and revisions.“ 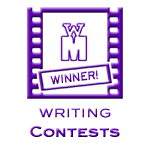 Since we were established in Hollywood in 1999 we’ve been the company who help you choose the best scripts and projects, develop them to their fulfil their potential, and get them sold and produced, with two Oscar-nominated writers among our notable success stories. Our acclaimed services and contests mirror how your script will fare in the industry right now.

Any writer looking to move their script to a higher level can’t go wrong by turning to WriteMovies for feedback.

Submit to us today...

Our Grand Prize contest (and entering our Special Prize contests too) offer $2000 prize money, a year of free script consultancy and guaranteed pitching to the industry, plus InkTip bonuses.

And then email us!

Email your script – PDF/docx up to 130 pages with a coverpage including your contact details (a $0.50 surcharge is due per additional page) – or book to us at author@writemovies.com, also stating your name and email address, a short synopsis, and any additional authors. By submitting to us you are accepting our Terms of Service (see the contest pages for information about these) and Privacy Policy (click here).