Have your scripts, books, articles mentored direct from Alex Ross with WriteMovies.com! 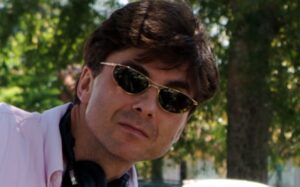 Over twenty years in the Hollywood film industry working with and for the studios as agent, manager, and producer. “I ran close to 7000 pitch meetings, most with the studio heads of production. Worked with several Academy nominees and discovered two.

​​One of the very few film industry professionals with a research background.  I recently completed a Ph.D. looking at how production companies turn their scripts into blockbusters. Eight years of research, interviewing hundreds of filmmakers. If I cannot make you succeed, no one can.

I am a member of the British Film Academy (BAFTA) as well as an expert consultant to the European Union’s EACA program, which I advise on which film projects to invest in.”

END_OF_DOCUMENT_TOKEN_TO_BE_REPLACED

For Black Friday this year, we’re slashing prices on our script reports, meaning you can get the expert feedback you need on your writing for less!

END_OF_DOCUMENT_TOKEN_TO_BE_REPLACED

We hope everyone’s had the best Thanksgiving you were able to in these challenging times – and to make things even better, we’re offering special offers on our script reports! Get the expert advice you need to improve your script in our Black Friday sale, with discounts until next Friday December 4th.

END_OF_DOCUMENT_TOKEN_TO_BE_REPLACED

NEW PLACES ARE NOW AVAILABLE to join our Summer 2020 film courses! Take our complete Film courses from home this summer. Learn from the BEST with a personalized service at a fraction of the price of film school! NOBODY is better qualified than Dr. Alex Ross in why films succeed and fail. END_OF_DOCUMENT_TOKEN_TO_BE_REPLACED

We always recommend to screenwriters that you get good feedback on your script. When you’re so close to your own work, it can be difficult to see the wood for the trees!

That’s where our script reports come in. We provide studio-quality script reports to show writers and producers how the industry would currently rate and handle their script, and to help take them to the next level. All of our reports follow industry-standard formats, and are designed to give you honest, constructive feedback on your work.

And until Monday December 2nd, we’re offering them at special discounted prices!

Click here to visit our Script Report pages and find out more!

We are happy to announce two new signings to the WriteMovies team. Hollywood co-writers Bobby Lee Darby and Nathan Brookes have come onboard as our newest Elite script Consultants, joining the likes of producer Tom Craig (RAINMAN, SHAKESPEARE IN LOVE).

The first Spring 2017 Screenwriting Contest Perk has elapsed! Keep coming back to see all future perks announcements. One more to be announced shortly…

As an extra perk for our quick entrants, we have randomly picked one script to receive a free Judging Feedback. Our lucky writer, Bob Canning, will receive this script report, that follows industry standards set by our Studio Consulting. END_OF_DOCUMENT_TOKEN_TO_BE_REPLACED