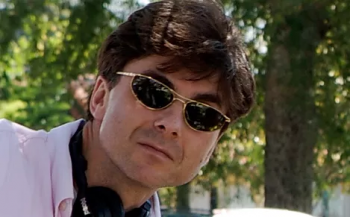 NOBODY is better qualified in why films succeed and fail. 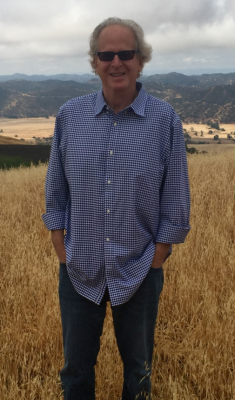 Producer of SHAKESPEARE IN LOVE and RAIN MAN. 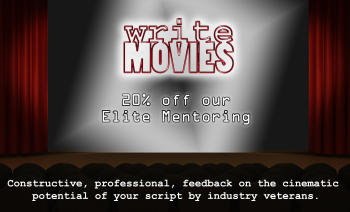 Get your script as pitch ready as possible!

Constructive, professional, and honest feedback on the cinematic potential of your script by industry veterans.

Choose how you want to meet...

Either: Personal mentoring by actual Hollywood Producers, Face-to-Face (if in Los Angeles) or on the phone; or, detailed notes encompassing feedback on dialogue, story line, structure, pace, characters etc.

Full analysis on your script!

Full analysis on length and effectiveness of story telling. Accurate predictions on possible audience response emotionality and possible cult factor. Professional advice on how executives and producers analyze your material and what they look for.

Advice about the Industry.

Pointers to convince executives and producers of your passion and competence as well as the box office potential. Fundamental career advice on how to get agents, how to pitch and what to write. The opportunity for recommended scripts to be pitched to agents and producers in Hollywood.

Is our Elite Mentoring service for you?

You have an idea, a treatment, a full script. You know it’s gonna be a great movie and you want it to get where it belongs: on the big screen! Now all you gotta do is pitch it to the right person. One chance that is all you need! And for this one chance you want to be prepared. You want your script to be perfect. Elite Mentoring gives you the opportunity to perfect your script and get it to decision makers all over the globe.

We have assembled the most experienced, well connected and competent producers and studio executives available on the net. Between them they have produced dozens of award winning movies, (including several Academy Award winners) and have closely worked with some of the best known writers and directors in the business. They will provide you with their years of experience to make sure your script is perfect!

An additional fee of $0.5/page is required for scripts over 130 pages and books over 200 pages.

Check out our mentors below!

“I have had a long career in the film business starting out as a Story Analyst for Warner Brothers. I then worked as the Warner Brothers Story Editor before moving on to United Artists as Vice President of Creative Affairs. After UA I worked for ten years as Vice President of Production for Universal Pictures. I have been involved in the development and production of many films that include RAINMAN. PRINCE OF TIDES, WHITE PALACE, BIRD ON A WIRE, BEETHOVEN, and SHAKESPEARE IN LOVE.”

NOBODY is better qualified than Dr. Alex Ross in why films succeed and fail. He’s:

Howard Rosenman (Father of the Bride, Buffy the Vampire Slayer)

“He made FATHER OF THE BRIDE, starring Steve Martin, Diane Keaton and Martin Short for Touchstone Pictures followed by Joss Whedon’s BUFFY THE VAMPIRE SLAYER, starring Kristi Swanson and Luke Perry, for Twentieth Century Fox. BUFFY THE VAMPIRE SLAYER was not only a huge hit television series produced by Fox for the Warner Brothers Network, but a cultural phenomenon, as well.”

“Mark Brendan is a writer and game designer. He has worked on numerous games, both analogue and digital, for companies such as Games Workshop, Target Games, i-Kore, Climax, Codemasters, and Vivendi as well as publishing games related fiction and magazine articles. He is currently working on a Solomon Kane board game for French games publisher Mythic Games, and writing screenplays for Dark Matter Films, the production company he co-founded in 2017. His video game titles include DIRT 3, Brian Lara International Cricket 2007, Operation Flashpoint: Dragon Rising, World in Conflict, F1 2010, and Kings of the Realm.”

Bobby hascollaboratively written several Hollywood produced films such as ELIMINATORS (2016), action film directed by James Nunn. “A former US Federal Agent must abandon the witness protection program and come out of hiding when his London home is invaded in error due to a wrong address. When the event ends with multiple homicides, the news triggers those hunting him to send Europe’s most dangerous assassin to kill him. Now on the run with his daughter’s life in jeopardy, a determined father must get her to safety before the people he’s been hiding from track him down.” (IMDb)

“After producing his first film, Denise Calls Up, in 1994, he formed Davis Entertainment Classics, of which his is president. After producing six more films (including Sundance entries Lewis & Clark & George and Tim Hutton’s directing debut Digging To China), he expanded his work to include partnering with actor Tim Daly in Daly-Harris Productions, which produced the 1998 Showtime Original Movie Execution of Justice, starring Tim Daly. He also produced Rites of Passage and Dudley Do-Right in 1998 for Universal Pictures.”

Want mentoring from one our Hollywood screenwriting mentors? Email us at info@writemovies.com!