Worldbuilding is a key component of genre fiction, and with the new WriteMovies Sci-Fi and Fantasy Award now open, a lot of you will now be hard at work creating new worlds! But how do you do it successfully? Here are what we see as the first principles of great worldbuilding.

There you have it – our first principles of great worldbuilding. Enter the WriteMovies Sci-Fi and Fantasy Award when your worlds are ready, and show us somewhere we’ve never seen before! There are great prizes on offer, and you also get free, automatic entry to the Spring Screenwriting Contest!

We’re halfway through the WriteMovies 100-Day Creative Challenge – and that means Phase 1 is complete and we’re entering Phase 2!

Fifty creative challenges are available until at least the 100th day for everyone on our website – we’re still deciding the best way to package these for our followers and new audiences after the world has emerged from the lockdowns that these Challenges were designed to support people through.

At the same time, we’re launching the official Writemovies Instagram by rolling out days 1-50 again on there, taking place during days 51-100. Take another shot at these challenges and see what you’ve learned and how you’ve improved!

Click HERE to visit our Instagram page and follow us on there, or submit the first fifty challenges to us to continue with the 100-Day Creative Challenge!

Single location movies are a great way for writers to adapt to the current situation in the world. While producers are still looking for scripts, it’s easier to shoot a contained, small-scale movie given the restrictions around the world and the risks from coronavirus. So, here are our tips for writing single location movies…

END_OF_DOCUMENT_TOKEN_TO_BE_REPLACED 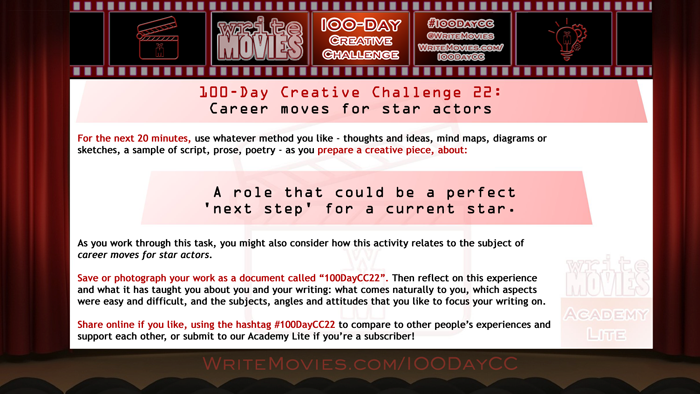 END_OF_DOCUMENT_TOKEN_TO_BE_REPLACED

#100DayCC10 – Introducing yourself to others as a writer 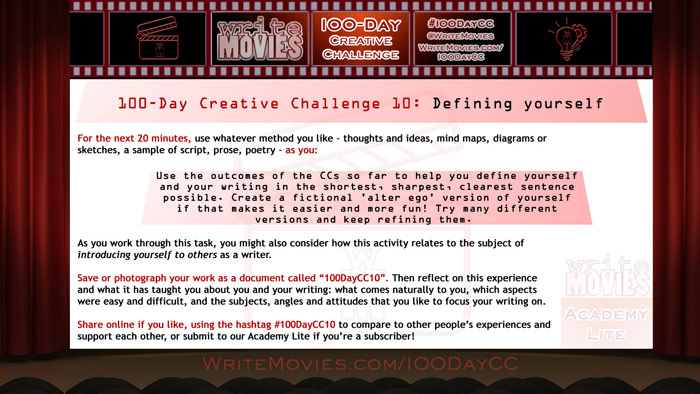 END_OF_DOCUMENT_TOKEN_TO_BE_REPLACED

#100DayCC8 – The Production of Screenwriting 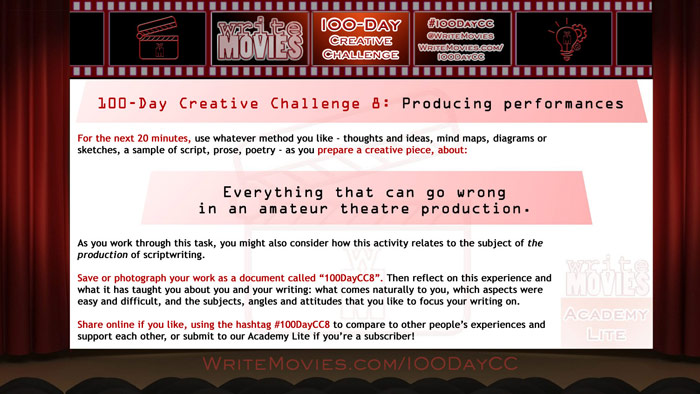 END_OF_DOCUMENT_TOKEN_TO_BE_REPLACED

If you’re a writer, you already know that it’s not easy. No matter what people say, writing can be a grueling process. And even with your strongest efforts, the writing can still be…well, bad.

The bad news is that there are certain mistakes most writers tend to perpetuate, especially when they’re inexperienced.

The good news is that these mistakes can absolutely be rectified, and your writing can improve before your very eyes, as long as you are willing to apply some lessons. 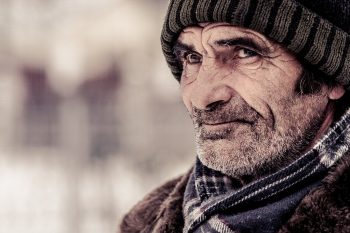 The no. 1 mistake authors make is that they make their main character fundamentally “good”. The best. They’re a saint, and practically a superhero. Everyone loves them, they’re nice to everyone, they have every positive trait imaginable, etc.

The reason for this is that authors tend to base their main characters on ideal versions of themselves. Thus, it’s not difficult to see how they would end up creating a very subjective, completely unrealistic, idealized self.

But that’s bad writing. It’s not about creating a perfect world for you to live out your fantasies. In real life, people are flawed, and there are no Mary-Sues. People have mean streaks, they are messy, they hurt other people, and they make mistakes.

Consider this: If it’s difficult for you to separate yourself from your characters and give them flaws, then perhaps you should consider basing them on someone else, entirely, or just imagining characters that are primarily realistic, and not necessarily based on someone real.

Give your characters individuality

Along the same vein, a lot of authors display a staggering lack of creativity and imagination when creating supposedly different characters. Not all your characters can look the same, think the same, and talk the same. Especially if they’re all modelled after you, consciously or not.

Just like people in real life, your characters must be unique individuals. That means giving each of them specific quirks, different personalities, conflicting ideas, and like we said, some unsavory traits.

There’s nothing worse than reading a screenplay or a book where every single character talks in the exact same way, because it quickly becomes obvious that they are all alter egos of the author.

Consider this: Make an active effort to make each character as different as possible. Compare and contrast between characters, and if you find that some of them are similar, ask yourself “What can I do to make this character unique?”. It doesn’t have to be something tragic or “weird”; just don’t make them the exact same as everybody else. 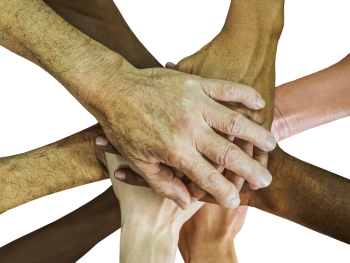 Give your world diversity

In 2020, there is no excuse for a lack of diversity in your characters, in the world you are creating, etc. You can easily fall into the same trap of sticking to what you know. And it’s not that writing about what you know is a bad thing, but it’s unrealistic and unchallenging at best, and racist, sexist, and otherwise bigoted, at worst.

Your world needs to be populated by diverse, well-rounded characters of all types. That means both men and women, people of different ethnicities, sexualities, etc. More importantly, each and every one of these people needs to be a properly fleshed out individual. No strawmen, stereotypes, or offensively lacking characterizations.

You know how TV show creators are criticized for writing entirely white worlds? Or how male writers are bashed for including no women, or just very badly written ones? You want to stay as far away from that as possible.

Consider this: If you are unfamiliar or uncomfortable with writing characters that are way out of your own experience of the world, then put some more time into research, read more, talk to more people, ask questions, and form some more complete ideas about a more diverse human experience.

If you’re an aspiring writer, there’s no way you don’t already know this: telling your audience instead of showing them is the greatest sin you can commit in writing. When you go on and on with an exposition, especially in screenplays, you are taking away an opportunity to make your piece dynamic, interesting, and natural.

Your audience should be able to see the action unfold and learn about your characters and about new developments from the dialog. Otherwise, the action may feel static and lackluster.

It doesn’t matter how visually stunning a show is or how big your flatscreen TV, if the plot is explained to you, rather than shown. That is, unfortunately, a problem a lot of TV shows suffer from nowadays.

Consider this: Instead of writing about what happened or explaining it, start working on the scene that would convey that idea. Say, you want to say your character doesn’t have a good relationship with their mother. Instead of literally saying that, why not include a scene where they have a tense conversation, or your character ignores mail from their mother, or she is critical of your character, etc. There are a million ways to show something; pick one, instead of telling. 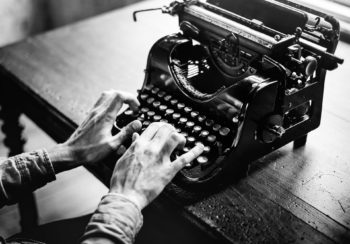 You know how sometimes you read a script or a book and it just doesn’t seem to…go anywhere? You’re pretty sure there’s a plot buried in there somewhere, but there’s so much crap surrounding it, that it all becomes just one big ramble.

It’s distracting and boring. That’s why it’s super important to have a clear structure, and then stick to it. If you’ve got a plan of action, then keep things tight around it, and don’t waffle.

Consider this: The audience doesn’t need to hear every thought you’ve ever had. Not because they’re not good thoughts, but because they take away from the point of your screenplay. Plus, it makes it really difficult to actually put in practice. Don’t be afraid to “cut the fat”, so to speak. We’ll go more into that in the next section that talks about editing.

A wise man said that you shouldn’t be afraid to kill your darlings. May have been talking about characters – and you should, if it adds to the plot – but mainly we’re talking about editing. It’s extremely important for any kind of writing, because it takes away the excess in order to allow the brilliants bits of your work to shine.

It can be incredibly hard to self-edit, and it’s understandable that a lot of writers struggle with this part. You wrote every word, so going through them and deleting them can feel like you’re being cut with a knife. The difficulty in “killing your darlings” is precisely the fact that sometimes, you need to make some hard choices and get rid of the parts you love the most.

Consider this: It’s important to be able to see beyond your own vanity and how much you love everything you wrote in order to recognize the potential of your story. A diamond only becomes valuable once you buff out all the flawed bits.

All in all, as you can see, your writing can definitely be improved. It doesn’t matter if you’re making some rookie mistakes; you can always work on doing better in the future. All you need to do is pay attention to what you’re doing wrong and how you can improve on each point.

Whether that’s characters that are too perfect, stunted and unnatural dialog, or a tendency to ramble too much, these are all aspects that can be changed. The more you practice, the better you will get, and as long as you keep these tips in mind, you will improve faster than you think.