Trainees and interns have been a great support to us at WriteMovies, giving us extra sets of eyes on varied scripts to give entrants the fairest chance possible, and in return getting full training and practice to become approved WriteMovies-trained script analysts.

Leonardo Goi recently finished his traineeship and receives a certificate to showcase his achievement.

Here’s what Leonardo had to say: 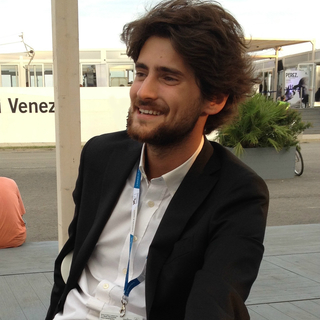 I entered the world of cinema as a film critic: I began writing my first reviews as a teenager and “turned pro” after graduating from my masters, but the world of script-writing always held a special spot. I knew I wanted to begin writing for film and TV, but didn’t know how. Finding out about the training program offered by WriteMovies was a blessing: not only did the scheme teach me how to evaluate scripts and produce development notes to industry standards, it also greatly improved my own screenwriting skills. Mind you, the course will demand a lot from you in terms of time and commitment, but it’s well worth the effort, and the 6-8 weeks you’ll be spending learning the ropes will prove priceless as you progress in your career. I was delighted to be selected for the program, and I am thrilled to now begin working with WriteMovies as a script analyst.

To become our next trainee to gain this experience for your own career, APPLY HERE at our vacancies page. As the work is challenging, we suggest that only highly literate graduates apply.

“This is a deeply troubled Santa struggling with his inner demons.” – Extracts from a script report by our trainee Adam Yee based on the script BAD SANTA found on The Daily Script website: CLICK HERE to read the script.

MARCUS SKIDMORE: (M): He’s Santa’s elf and dressed as that for most of the time. Small and tiny. His wife is Lois. (SP)

LOGLINE: Two serial thieves pose as Santa and his Elf to rob department stores each Christmas Eve, but Santa’s life is complicated by befriending a bullied kid.

Bad Santa is a black comedy crime caper. A Christmas movie for adults. The script has an ingenious premise that turns the concept of Santa right on its head. A mall Santa (Willie) and his little helper (Marcus) rob department stores every Christmas Eve. The script is well executed and has a clear three-act structure with decisive turning points…

A fantastic post-title scene provides the major conflict that runs throughout – conflict between what a Santa should be and how Willie’s Santa is – they are polar opposites. The scene shows a Santa orientation meeting where a trainer lists and tells of the ten rules a Santa must abide by, this is visually broken by Willie discreetly chugging alcohol with cold eyes showing a distinct lack of interest. The rules are set up to be broken and Willie will break them all. The script does well to maintain this conflict till the end where Santa is gunned down by cops.

The script opens with a brief successful heist that introduces us to Willie and Marcus, showing what they do. The inciting incident moves the narrative along to next Christmas where Willie and Marcus target a different department store. The inciting incident works because it sets up a new heist and moves the action to a new location with new characters. Willie and Marcus’ goal and motive is clear and simple… Slagel’s investigation doesn’t provide big enough conflict as when he finds out about Willie and Marcus’ motive he wants a stake of the loot. The heist isn’t jeopardized. Slagel’s involvement in the heist is resolved in the second turning point when he is killed by Marcus and Lois. This leads into the third act where the climactic heist goes ahead as originally planned. The main obstacle to the heist is Willie’s erratic behavior which makes him a liability, causing conflict and tension with Marcus…

The script uses its premise to explore the depths of its protagonist. This is a deeply troubled Santa struggling with his inner demons. His transformation from despair to a spark of humanity, brought about by Thurman, is a winning one. The change gives Willie purpose and makes him feel human. It makes him more empathetic. Willie and Thurman help each other…

No matter how unpleasant Willie is, he has a certain charm. His sharp, hilarious and caustic dialogue make him compelling to watch. One of the pleasures of this script is the comedic exchanges of dialogue between Willie and other characters, spouting out things the audience can only dream of saying. Willie is brash and by far the most substantial character…

The coda satisfyingly resolves the narrative. A good ending to match an engrossing darkly comedic premise with a standout lead character, makes this script worthy of consideration. There are not many Christmas movies for adults. That is its selling point. It has the potential to reap the commercial rewards from a key 18-25 year old demographic…

To see the full industry-standard format we use for Studio Coverage, purchase The Confidential Studio Manual to get the inside track on how the industry will really assess and process your script (CLICK HERE)!

“Scandals intrigue people and this storyline is at the center of the script” – Extracts from a script report by our trainee Eirini Papadaki, based on a reading of AMERICAN BEAUTY found online at on The Daily Script website: CLICK HERE to read the script. END_OF_DOCUMENT_TOKEN_TO_BE_REPLACED

“Bourne’s identity is not important to him anymore. His initial goal is not accomplished as we still don’t really know who he is, generating potential for a sequel.” – Extracts from a script report by our trainee Adam Yee, based on a reading of THE BOURNE IDENTITY found online at on The Daily Script website: CLICK HERE to read the script.

END_OF_DOCUMENT_TOKEN_TO_BE_REPLACED

“This fragmented and non-linear narrative structure creates a sense of reflexivity between the reader and the protagonist…” – Extracts from a script report by our trainee Eirini Papadaki, based on a reading of MEMENTO found online at on The Daily Script website: CLICK HERE to read the script.

END_OF_DOCUMENT_TOKEN_TO_BE_REPLACED

Trainees and interns have been a great support to us at WriteMovies, giving us extra sets of eyes on varied scripts to give entrants the fairest chance possible, and in return getting full training and practice to become approved WriteMovies-trained script analysts.
Sana Fijiwala recently finished her traineeship and has received a certificate to showcase her achievement. END_OF_DOCUMENT_TOKEN_TO_BE_REPLACED

Trainees and interns have been a great support to us at WriteMovies, giving us extra sets of eyes on varied scripts to give entrants the fairest chance possible, and in return getting full training and practice to become approved WriteMovies-trained script analysts.
Jasmin Park recently finished her traineeship and receives a certificate to showcase her achievement. END_OF_DOCUMENT_TOKEN_TO_BE_REPLACED