How to select projects for directors, producers or actors as clients

We work with several established directors, such as double Oscar-nominee and double BAFTA-winner Habib Zargarpour, both as producers and as analysts. We get to consider works for them to direct, or for us to produce with them attached as director, or just to recommend they consider. Sometimes we’re sent books or scripts by writers’ agents or publishers, other times we’re considering the submissions to WriteMovies, other times we put a call out for something specific we think we could sell right now. So while assessing recent submissions from publishers, I thought we’d share thoughts about how to select projects for directors, producers or actors as clients… 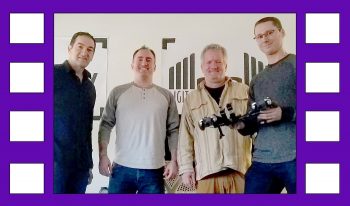 These relationships and call-outs result in submissions which we then vet for our clients’ consideration. We get to consider scripts and books that could be viable productions to make with them. This is a service we also offer to industry using our proven expertise in appraising and judging scripts and books and identifying their commercial potential, risks and appeal to star talent. (If you’re in the business and this is something we can be doing for your own clients or the works being submitted to you, email us!)

Since that’s what I’ve been doing over the last few days – reviewing published works we’ve had submitted to us for the consideration of our clients – I thought I’d blog about it as I work through them. This article is the result.

What to look for

Clearly, the start of this is knowing your client and their specialisms. Simply knowing your client’s past output isn’t enough, because it’s where they’re going in the future that matters most, and they probably want to do new things that are different, and clearly evolved beyond, the stuff they’ve created in the past. One rookie mistake people make in pitching is sending things that are too much like what the client has made in the past. Nobody wants to be stereotyped or held in the identities they had in the past. Fascinating themes in storytelling, are often far more powerful appeals to clients: usually they made what they did because it fascinated them, so give them something new and fresh that taps into that same fascination without any risk of a retread. To understand this, think about how many times Darren Aronofsky has made a movie about a brilliantly talented individual brought down by their own internal demons: PI, BLACK SWAN, THE WRESTLER etc etc (and I’m definitely not complaining!). Totally different worlds, different characters, different demons, different conclusions.

It’s important to know what the thread is that gives your client their perceived uniqueness. You’re looking to identify the next fresh step on their career path as they evolve that unique thread in a new, but fitting, direction. For some clients we’d be looking for a certain theme or kind of lead character. Others it would be about the world-building or FX. Others it might be about urban crime or shootouts. It’s not enough for a work to be worthy of adaptation. It also has to be the right next step for your client. They have built a career around their distinctive identity and their prospects in the industry come from that.

You also need a firm handle on the budget range that your client can realistically command. First-time directors, producers or writers are unlikely to get more than $5m for anything; even with a few awards in related fields behind them, $10m would be ambitious. This immediately rules out most historical, sci-fi and fantasy stuff for example. Yes, the work could be adapted so the biggest costs (battles etc) are avoided – but those are usually the things fans of the genre go to it for. 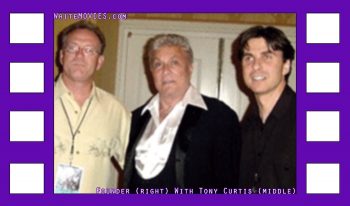 Then there are the ‘adaptation’ challenges. The things that make something a great book are often reasons it would be a bad film, and vice versa – they’re the reasons they got written to be what they are. Usually that’s about the narration, and whether it’s important to understanding and experiencing the plot or not.

With a lot of practice, it becomes simpler to scan a fiction book through to determine its screen content. On the first look, you just scan past anything that’s purely narration and simply look at WHAT ACTUALLY HAPPENS. Anything we can’t see or hear, would be clunky to present on screen, usually through voiceover and captions, which are usually dull and uninvolving. So just scan for what actually happens, and decide whether that can work. If you take out almost all the information you get from narration – are you left with enough to make a strong story out of? Does any narrator-character have someone around they can realistically relate the information to? If the thing that makes the novel great is the internal perspective of an omniscient narrator – you’re probably in trouble. Look at what actually happens, decide if it’s got enough USP on screen. Narration-heavy novels often don’t.

Recently appraising a novel for producers who had optioned it already, I was surprised at what I found. The whole thing read like a second-hand conversation with someone who wasn’t there. The biggest things that happened, weren’t even directly seen in the moment. The author made it work in the book, sure. But on screen, what would happen? Even the story’s most shocking turn and event wasn’t presented clearly – it’s only afterwards we build up our sense of what must have happened. Can that work on screen through a whole screenplay? Probably not. As screenwriter, just show us what actually happens and what is said, or find some really distinctive device that achieves what you’re trying to, and make sure your story and point of view justify the effort. It wasn’t until I met the producers and saw their future plans for the franchise, it was clear which aspect of the book they were hooked on; the rest was potentially open to creative freedom, to make that work on screen. 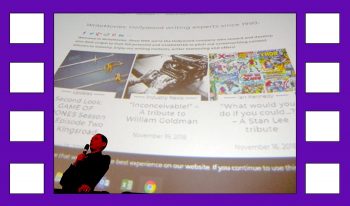 Assessing historical or fantasy writing brings other considerations. I think a big part of why people are drawn to historical and fantasy worlds nowadays, is that in those worlds (unlike ours), people have to do things themselves, with their own hands. Modern life feels so disconnected sometimes – research has shown that doing work with our own hands can be important for our mental balance, but few jobs make that possible nowadays in the West, so people often substitute for that with more practical hobbies that are more physically or dexterously involved: sports and fitness, home improvements, hiking, motorbike maintenance, whatever. So historical or fantasy worlds give us a connection to specific characters who are literally having the battle themselves. In history, when kings stopped leading their own forces in battle, the whole thing became more of a chess game, and people got disconnected – could WW1 have happened like that if the generals had to fight it hand-to-hand themselves? So, nearly all WW1 stories tell it from the point of view of people actually in the trenches and battles. So that we can feel a human connection to the horrors of what happened there – a human connection their own commanders and supporters back home too often didn’t feel or act upon, resulting in the horrors of that war.

This helps me understand the appeal of fantasy/historical stuff – and how often they blend together (such as in VIKINGS, which literalizes many aspects of its characters’ belief systems). So – does this historical or fantasy world tap into this desire to feel directly involved in the setting world, or not? Stories that cleverly tell these things sideways – might not be a compelling enough reason to spend all that money on setting and effects. It’s not easy talking studios into paying for any of them when well-written real-world drama can be more arresting and involving. Every fantasy or historical-warriors story now has to go beyond GAME OF THRONES in some important way. How can you be sure that your work has got it, and that it would stand out in the screen adaptation? Much fantasy and historical stuff (such as VIKINGS) seems to have a wide overlap these days, just different names and grounding. VIKINGS literalizes the varied beliefs of many of its characters, for example, which is the sort of thing you’d normally only get in fantasy. To be honest, I’m often struck by how samey the ambitions and worlds and storylines of fantasy writers (or audiences) usually are. As I’ve explained at length on our website, GoT fulfils those genre expectations but also teaches us the brutal realities of power and human nature, and the ways our own experiences of story lead us to sentimental expectations that can be fatally exploited – honor, loyalty, happy endings etc. Without that level of shock and insight, or big laughs, it’s hard for the rest of the genre to reach out to mass audiences, however many inspiring female characters they pack into their stories (for example).

Meanwhile, another factor can be the potential of a project to make a great video game. The biggest ones now cost more money than major films and the overall gaming industry is bigger than film these days – if you have a way in, like our colleague Habib does, having made several massive video games.

These are just some of the factors and I’ll look to add to this article in future when I do further work in this area. If you’re in the business and this is something we can be doing for your own clients or the works being submitted to you, send us an email!

How to get YOUR project considered, for our client directors and producer colleagues

Easy enough – submit your project to WriteMovies, via our contests, script mentoring services, or any other initiative, and your project will automatically be considered for our clients and for wider pitching to our hundreds of established industry producer contacts! Click here for our Current Contests. Our special genre prizes are geared towards proven commercially viable genres with producers who can be prepared to give new writers a chance.