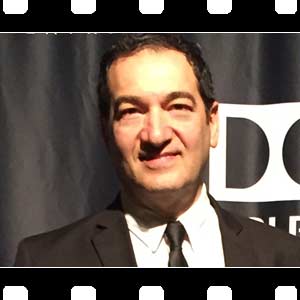 Taking Flight in THE SQUADRON: VFX expert Habib Zargarpour on becoming a writer-director and the getting the balance right with real VFX.

In the third of our series of interviews, our Ian Kennedy asks Habib about his transition to writing and directing, the unique eye his new film will give to WW2’s aerial warfare, and why VFX pros have to keep it real too.

IAN: So next for you is THE SQUADRON which you’ve written and are directing!

HABIB: Yes, we’re doing a lot of visual effects shots for this shoot, we’ve got a lot of actors in cockpits, we’ll have to replace the background with what’s going on in the skies. It’s very tricky to light and to put greenscreen around real authentic planes, because the light has to move to show that the plane is moving, but you don’t want something [a heavy light] that could fall and wreck the [actual] plane, so we have to be super-careful with that, there’s a lot of technical challenges to it.

IAN: I was lucky enough to be consulted by Alex Ross (THE SQUADRON producer and WriteMovies founder) about one of your very early drafts of this one, it was fascinating to see how visual your ideas were – too many writers come from the opposite direction, getting heavy with dialogue and exposition, and you’re coming from the other way round with that.

HABIB: This is interesting to hear, because I don’t know any different, from you guys’ point of view! I do know I’m getting better at it for sure, it really helps to see how things evolve once you start shooting, we also got great synergy between the actors when we shot in a warehouse in Vancouver, them playing off each other. When I wrote I had the cast in mind, and things have worked out even better than I thought – they enhance it, they also bring stuff to the table by saying things like “I think my character would be more “…” in this situation, he’d say this other thing…” – so that’s woven into it. This next shoot should come together really well because all of these elements will come together, and hopefully the continued dialogue will keep getting even better at the same time. I’m looking forward to sending you a rough cut of the trailer, see what you think!

IAN: That’ll be amazing yeah! The pictures I have in my mind from what I’ve seen in the script are a really distinctive use of that whole World War 2 setting. Sometimes we feel like we’ve seen all there is to see of that conflict, but there’s always more to explore and it felt like you’ve put a good new edge into that. 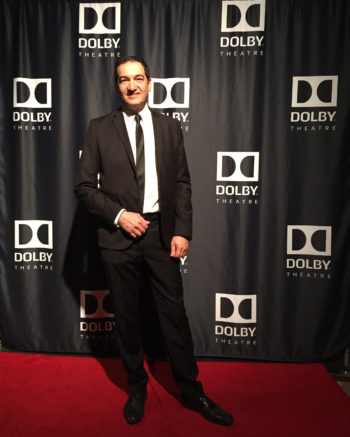 HABIB: I had a lot of fun preparing for it, even though the timeframe was very tight, I only had 4 weeks to get all that in mind, finishing the script, getting the props, getting wardrobe, all the logistics for the travel and permits and things like that. One of the more fun things was to design and 3D print and build the props that I couldn’t find, and others that I wanted to custom design, taking advantage of my ArtCenter experience, building models of products that look authentic. I was able to apply those and use the latest technology – I have a 3D printer that I use, that gets the models and then we do the finishing and polish on them. The other things are all authentic that I was able to gather over a long time, by going to air races and going online on eBay, there were these authentic goggles and flight caps. A lot of things needed adjusting for size because people were smaller then, which was interesting!

IAN: CGI has really taken over so much of VFX in recent decades. Have you missed working with physical materials and objects, like the models you’ve brought back into THE SQUADRON?

HABIB: [You should use] whatever can be done the most easily that makes the most sense and most helps the actors – you’d want to do something practical, if it’s something they’re wearing or touching. I myself had to do a lot of CGI for some of the very complex aerial combat scenes. That’s always a question of how much of the real you can bring in. Theoretically you could shoot someone against a greenscreen and put the whole airplane around them, as opposed to filming them in a real cockpit around them, each of those brings different challenges and pros and cons to it. Usually, the more you can get the real stuff in it, the easier it’s gonna be to get the right look. 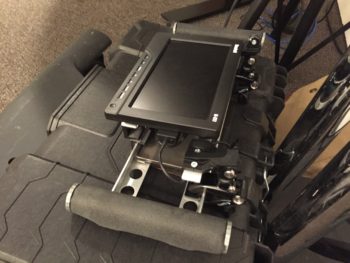 IAN: And there’s been an audience backlash against overdone excessive CGI and unreal characters, so it’s important to keep that balance.

HABIB: Yes, and I recently saw Dunkirk, and I know Christopher Nolan’s a massive fan of ‘as much practical as possible’. I’ll send you my trailer rough cut soon too…

IAN: Definitely. And we’d love to talk about your work as a lead designer in famous computer games too!