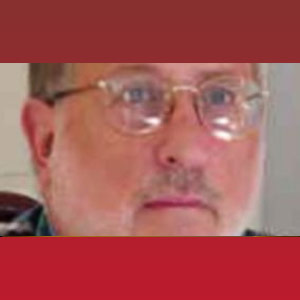 David made the top 3 of our Summer 2017 Writing Contest with a well-written, funny, and tense action-comedy. A real CHARMER. For coming in third David receives a year of free script development, guaranteed pitching from industry and exclusive prizes from InkTip.

Here’s a little background on David: 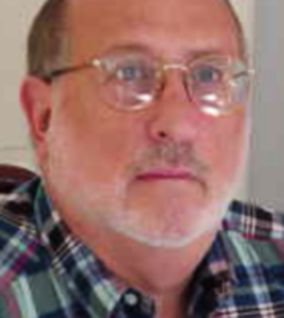 I retired to Northern California from Massachusetts several years ago and took up writing screenplays – not golf.  I’m a “gen Boomer” devotee of 1930s to 1950s movies that feature dialogue, romance, and humor.  I naturally tend to write contemporary takes in those genres that might appeal to younger audiences as well as all age groups.

My writing education has been limited to basic composition at college, a creative writing class with a Tufts University professor and a beginner’s screenwriting course at Santa Rosa Junior College. CHARMER is my first “completed” script.

An here’s his logline for CHARMER:

A burned-out middle-aged accountant and a young daredevil woman put their polar opposite lifestyles aside when they team up on dangerous hostage-rescue mission.

A Summer to forget for Hollywood… the worst grossing Summer in the last ten years, but just why has this happened?

The content has been there. WONDER WOMAN, SPIDERMAN: HOMECOMING, BABY DRIVER, THE DARK TOWER, DUNKIRK, WAR FOR THE PLANET OF THE APES. Of course, they’re different in quality and appeal, but these belong to some big franchises and film companies. But, this Summer has not been so hot.

It’s hard to remember many other films beyond these. If I asked you to name 15 films released since the start of June you’d probably struggle – hell, we’d struggle!

One of the issues is the ease which moviegoers can check a review and decide on whether it’s worth going to see and spend their hard-earned cash on. It takes less than 30 seconds to open up the IMDB app on my phone to check the Dunkirk rating (8.4/10, not bad, Nolan). And this is no doubt how a lot of people are choosing to see films now.

And so many of those low scoring films will just be forgotten. Remember how the BAYWATCH movie was released this Summer, or PIRATES 5 at the end of May? No, me neither. It seems that Hollywood films are becoming more polarizing each year – we’re losing middle ground and average, yet enjoyable, rom-coms and now receiving either complete trash or filmmaking brilliance. We think that script development professionals deserve a bigger voice in the studios’ choice of projects and scriptwriting – and our founder Alex is compiling the research that’ll prove it, we’ve already had a look!

The lack of comedy seems apparent this Summer. Summer action films are always likely going to be a hit, but there’s very little engaging or original comedies or rom-coms out there. Which is just sad for the Summer. Now, we have to settle for things like THE EMOJI MOVIE… We used to get much better quality and ideas…

Maybe this represents a need for better and more original comedies, but there’s also a sign that Winter is becoming the time to release films. The Oscar bait is usually released around Autumn and Winter time, plus the STAR WARS franchise (and before it THE HOBBIT trilogy) was released around Christmas to increase revenue… and it worked.

It’s worth looking more deeply into what films have flopped and why. Try and spot any trends that occur in the failures and do your best to avoid them.

You can also see what sort of scripts are selling recently with Script Pipeline: https://scriptpipeline.com/category/script-sales

Insights: ‘Twinning’ your Protagonist and Antagonist

Writers need to feel this connection to these characters too – it is only through your characters that audiences can connect with your story and theme.

“Writers need to feel this connection to these characters too – it is only through your characters that audiences can connect with your story and theme.” – The follow up article to “Insights: Character Driven Storytelling” by Ian Kennedy, WriteMovies Director of World Wide Development. END_OF_DOCUMENT_TOKEN_TO_BE_REPLACED

Insights: Character Driven Storytelling – why it has to be your characters who are driving your story forward

Writing Insights: Character Driven Storytelling – your characters, your protagonists, your antagonists, are the ones who need to drive your story

“The antagonist needs to be a stronger driver of the plot than the protagonist in several ways – to provide a threat and complications for the protagonist, to create conflict and hence create an engaging story with high stakes…” By Ian Kennedy, WriteMovies Director of Worldwide Development.

Individual character motivations are often taken for granted by writers who think they have a well-executed plot – and these scripts are often marked by undistinctive characters who behave predictably (“this is what a hero would do”, “we need her to say this for the sake of the plot”). But it is usually due to the characters’ own drive and commitment to the story that the plot actually involves us and works. Character-driven storytelling is an important part of making a connection with the audience: if it’s not the characters themselves who are driving the story forward at every point, the story feels fake and forced and artificial.

END_OF_DOCUMENT_TOKEN_TO_BE_REPLACED

“Bourne’s identity is not important to him anymore. His initial goal is not accomplished as we still don’t really know who he is, generating potential for a sequel.” – Extracts from a script report by our trainee Adam Yee, based on a reading of THE BOURNE IDENTITY found online at on The Daily Script website: CLICK HERE to read the script.

END_OF_DOCUMENT_TOKEN_TO_BE_REPLACED

Insights: Genre and what it really tells us

Genre is so often key to convincing producers, and audiences, to take an interest in your story. Yet at the same time, I hear lots of writers and viewers complaining about formulaic, predictable, derivative stories that lack originality and interest precisely because of their adherence to a genre. So why does genre matter so much, for better and worse?

The more I’ve explored this subject – in my classes and meetings with writers, and in my own work – the clearer the subject has become to me. To my mind, genre exists – and works – because fundamentally, it tells us what kind of emotion we can expect to feel while we experience a certain story.

Here are a few famous genres, and the emotions that we can expect any good story in that genre to give us. The clearer and stronger the emotion, the more clearly it fits its overall genre – and this is why ‘genre stories’ work and appeal. But if a story belongs to one of these genres, and fails to generate the emotional effect that we expect, audiences will probably say it’s a bad story (even if they’re wrong and the film later goes on to become a cult classic!). Meanwhile, of course, you can blend several of these genres at once, to give audiences a new way of experiencing a familiar emotion – and doing so is often very successful at the box office. In any case, you’ll probably span a few of these emotional effects within any satisfying story, even if you don’t cross genre boundaries (for long).

It might seem counterintuitive at times, when we ask ourselves why audiences are drawn to particular genres that give them emotions which they would avoid in real life. But these questions often miss the point of why human beings are drawn to stories at all. Our own lives are usually quiet and unremarkable – in fact we’ll usually go to lengths to keep them that way.  Which is why we rely on stories in order to take us into spaces and feelings that – to our relief – our own lives never will, so that we can still feel like we’re experiencing rounded and emotionally varied lives, even though we probably aren’t.

Endings are particularly interesting ways to play with audience expectations. Because – by that point – a story has already achieved the overall tone and emotion that audiences would expect, the writer has the opportunity to either elate us (with an uplifting ending) or sadden us (with a downbeat ending), or sometimes to challenge us with an indeterminate ending or cliffhanger. Because of the big uplift in audiences’ emotions, most writers and producers play it safe by giving us an upbeat ending. This is another key reason why we get frustrated with predictable happy endings, and feel that writers have stuck too closely to our expectations of the genre; unconvincing or indulgent happy endings feel like an insult to our intelligence. Downbeat endings are often more plausible and intellectually rewarding, but it’s a risk to take with our audience’s feelings – we can end up feeling hurt and betrayed, even bereft, when characters we care about are left to suffer or die.

So writers always need to remember what emotional effect they want to have on their audience – and what emotional effect their audience will be expecting a story of this type to have on them. This is at the heart of making every scene and every sequence work well. You can play with our expectations and surprise us – in fact you will probably need to – but the key to it is to still give us the emotional effect we expect, in a way that we wouldn’t have expected. And if you don’t respect and value the expectations that audiences will bring to your story, you’ll probably find that they soon feel the same way about you and whatever story you’ve arrogantly or complacently tried to palm them off with.

Suggestions for developing this in your work

“John’s strong unique blend of humor and arrogance makes him an unusual yet memorable action hero…” Extracts from a script report by our trainee Daniela Piper-Vegh, based on a reading of the  script DIE HARD: CLICK HERE to read the script. END_OF_DOCUMENT_TOKEN_TO_BE_REPLACED