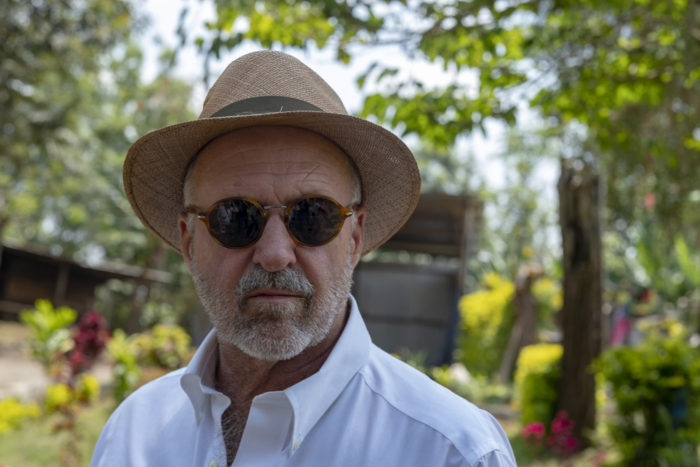 It’s time to introduce the cream of the crop from our Spring 2018 Contest! Landing in third place is an exceptional screenplay, a topical mystery-thriller set in Greece: FIRE ON THE ISLAND by Timothy Jay Smith!

Congratulations to Timothy, who also won our award for Best Indie Script and is a former Grand Prize Winner from 2010! His prizes include a year of script and pitching development worth $3200, previews of our Virtual Film School, exclusive prizes from InkTip, and more!

Here’s the logline for FIRE ON THE ISLAND:

When an arsonist threatens an important Coast Guard station on a Greek island, the FBI agent stationed in Athens arrives to investigate, finds himself immersed in a community rife with conflict, and falls in love with his chief suspect.

And Timothy’s summary of his script:

An arsonist threatens to burn down a Greek island village by blowing up a fuel tank in its harbor. Alarmed by the possible disruption of the local Coast Guard’s vital operations in rescuing refugees, Nick Damigos, the FBI Agent posted to Athens, arrives to investigate.

The arsonist has struck eleven times in as many months, each fire coming closer to tiny Vourvoulos, and each followed by a mysterious poison pen letter. The last one makes it clear: the arsonist plans to strike within days. With no clues, Nick searches for a motive that would drive someone to such a destructive act. He discovers a village embroiled in conflicts, some dating back generations, and uncovers earlier crimes—all casting a wide net of suspicion.

Gradually the mystery is revealed through the interwoven stories of a struggling restaurant owner and her feminist teenage daughter, a seductive widow and lovelorn waiter, a scurrilous priest and patrician mayor, and a host of colorful characters who paint a portrait—both humorous and soulful—of Greece where the past mingles with the present. While sorting it out, Nick’s life is threatened, and he falls in love with a young waiter who becomes his chief suspect.

Plus a biography of Timothy himself:

Raised crisscrossing America pulling a small green trailer behind the family car, Timothy Jay Smith developed a ceaseless wanderlust that has taken him around the world many times. En route, he’s found the characters that people his work. Polish cops and Greek fishermen, mercenaries and arms dealers, child prostitutes and wannabe terrorists, Indian Chiefs and Indian tailors: he’s hung with them all in an unparalleled international career that’s seen him smuggle banned plays from behind the Iron Curtain, maneuver through Occupied Territories, represent the U.S. at the highest levels of foreign governments, and stowaway aboard a ‘devil’s barge’ for a three-day crossing from Cape Verde that landed him in an African jail.

Tim brings the same energy to his writing that he brought to a distinguished career, and as a result, he has won top honors for his novels, screenplays and stage plays in numerous prestigious competitions. Fire on the Island won the Gold Medal in the 2017 Faulkner-Wisdom Competition for the Novel, and his screenplay adaptation of it was named Best Indie Script by WriteMovies. Another novel, The Fourth Courier, set in Poland, will be published in spring 2019 by Skyhorse Publishing. Previously, he won the Paris Prize for Fiction (now the Paris Literary Prize) for his novel, A Vision of Angels. Kirkus Reviews called Cooper’s Promise “literary dynamite” and selected it as one of the Best Books of 2012.

Tim was nominated for the 2018 Pushcart Prize. His stage play, How High the Moon, won the prestigious Stanley Drama Award, and his screenplays have won competitions sponsored by the American Screenwriters Association, WriteMovies, Houston WorldFest, Rhode Island International Film Festival, Fresh Voices, StoryPros, and the Hollywood Screenwriting Institute. He is the founder of the Smith Prize for Political Theater.