September Script Sales – and how the industry looks right now

With the final deadline for our Fall Screenwriting Contest on Sunday, we’re keeping a close eye on the state of the industry right now – we pitch ALL our winners to industry, so we need to know the lay of the land and exactly what execs are looking for. 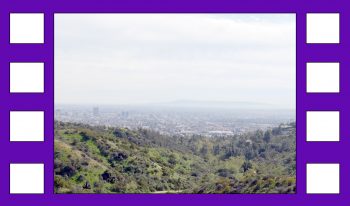 And there’s no doubt that things are different than usual right now. The new James Bond film, NO TIME TO DIE, has been delayed – again – to April 2nd 2021, sparking off a spate of further delays for blockbuster projects such as DUNE and THE BATMAN and the renewed shutdown of cinemas.

Other tentpole projects have skipped the cinema entirely, shifting straight to online streaming: Disney’s latest live-action remake, MULAN, was the first, and it’s recently been announced that Pixar’s latest, SOUL, will be doing the same (although apparently without the extra paywall).

What does all this mean for writers? Overall, it means looking further forward than usual; as Ian noted when he attended the Writers’ Guild of Great Britain AGM a few weeks ago, producers are currently commissioning for as far in the future as 2023.

And in the short term, with both THE BATMAN and JURASSIC WORLD: DOMINION having to suspend filming due to positive coronavirus tests (including THE BATMAN’S lead star, Robert Pattinson) smaller scale projects are likely to gain more traction from producers – the risks exponentially increase with the scale of the film as more people are needed on set.

Here at WriteMovies, it’s our job to connect writers with the execs who can get their work produced – and to provide producers with the scripts they need! We’ll be choosing our winners with care as we always do, making sure that we select the best projects that we think will prove successful.

We’re always looking for great VFX-driven scripts and stylish crime thrillers for the directors we work with – as well as whatever projects we believe have the most potential overall.

So make sure you enter our Fall Screenwriting Contest before the deadline on Sunday if you want to us to help get your script out there. And until then, here are the script sales from September as reported by Script Pipeline; there’s plenty to be learned here about the kind of projects that are selling…

You can see the full list of script sales from September at Script Pipeline HERE. And then, don’t forget to enter our Fall Contest – the final deadline is on Sunday!