From our highly competitive Spring 2019 Screenwriting Contest, one script rose to the top of pile to win our Grand Prize: CARAVAGGIO!

Based on the tempestuous life of the Italian painter, this television pilot caught our attention with its strong concept, engaging main character, and commercial potential. Congratulations to its writer, Alasdair McMullan, for winning the competition!

As our Grand Prize winner, Alasdair is rewarded with $2000, a year of free script development worth up to $3200, guaranteed pitching to industry, and other exclusive prizes. See below to find out more about the winning script and its writer, Alasdair McMullan!

Want to follow in Alasdair’s footsteps and become our next Grand Prize winner? The WriteMovies Fall 2019 Screenwriting Contest is your chance! The competition is now open for submissions – and if you submit for our new genre prize, the Horror Award 2019, you’ll get automatic entry to the Fall Contest too!

And if you’re a producer who’s interested in this project, email info@writemovies.com to find out more!

Here’s a summary of CARAVAGGIO:

CARAVAGGIO is the pilot for a one-hour dramatic television series based upon an imagining of the life of the famous painter and rogue Michelangelo Merisi da Caravaggio, following his journey from poor unknown apprentice to well-known painter whose works adorn the altars of the most important churches in Rome.

The original bad-boy celebrity, Caravaggio engages in a continual struggle with the Church that provides his sole means of support but also imposes its stifling oppression.  Despite these obstacles, Caravaggio pursues a singular goal – to create works of beauty and meaning that can rival those of God himself.

But his passion comes at a price, leading to his being arrested, abused, and ostracized. He eventually must flee Rome with Vatican assassins on his trail. On his journey across Italy, he leaves in his wake a trail of broken lives and beautiful paintings. 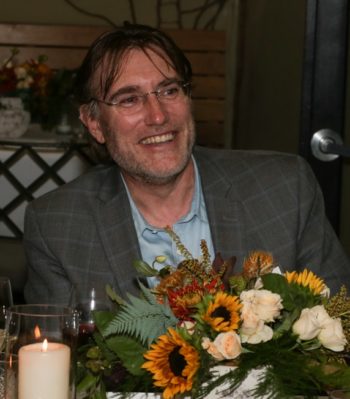 And here’s a quick bio of the writer of CARAVAGGIO, Alasdair McMullan:

Alasdair McMullan is a native New Yorker currently residing in Pacific Palisades, California with his wife and their two children.

A graduate of NYU and Columbia University, he has been a senior executive with a global role on the music side of the entertainment industry.

Drawing on his history degree from NYU, Alasdair develops a variety of television and movie screenplays with deep historical bases.