The Grand Prize Winner of our Summer 2020 Writing Contest is a dramatic story that explores the ethics of journalists who do whatever it takes to the get the shot, and the impact it has on the lives of the subjects whose faces go viral: THE BOY ON THE COVER by Elizabeth Savage Sullivan!

Elizabeth has won our Grand Prize of $2000, plus a year of free script development worth up to $3200, guaranteed pitching to industry, and more. See below to find out more about THE BOY ON THE COVER and its writer.

And don’t forget to enter the WriteMovies Fall 2020 Screenwriting Contest if you’d like a shot at winning these prizes yourself – or enter our Horror Award and get free entry to the Fall Contest. Plus, we have an increased Grand Prize of $3500!

Here’s what THE BOY ON THE COVER is all about:

A young, rock-star journalist in the Congo, Jack taunts boy soldiers to give him something new, not the same old atrocity. A woman is stoned to death, and as she falls her toddler son emerges from her skirts, smiling with cobalt blue eyes. This picture goes “viral” – as does Jack’s reputation for causing the woman’s death.

20 years later, on the anniversary of the picture, Jack returns to the Congo to find the boy and investigate whether he is the mythic blue eyed rebel who avenges women who are brutalized – a rebel whose main target of revenge is the man who caused his mother’s murder. 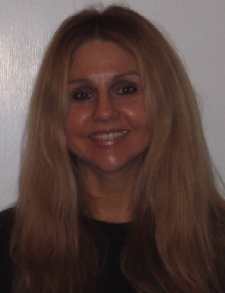 And here’s a quick bio of THE BOY ON THE COVER’s writer, Elizabeth Savage Sullivan:

Elizabeth Savage Sullivan started life in Chicago, Illinois, but the majority of her life has been lived in California. She has earned several degrees including a JD.

Elizabeth has had a life long love affair with movies and books, which most likely, along with her politically active parents, inspired a a passion for social justice. She writes stories, most of which have strong, unusual female protagonists, that explore and sometimes expose aspects of society that are hidden in the dark where injustice thrives.

She has written six screenplays, has been a Nicholl semifinalist several times for three scripts, including THE BOY ON THE COVER. Her scripts have won or placed in other competitions such as: Page, Austin Screenplay Completion, LA Intentional, Chicago International, Cynosure, LA Neo Noir, Capital One, Fade In, WIF, Meryl Streep sponsored competition, and others.