For her prizes, Sarah has won a year of free script development worth up to $3200, guaranteed pitching to industry, and more. See below to find out more about OUTCAST and Sarah herself.

And if you’d like to become one of our winners, don’t forget that the WriteMovies Fall 2019 Screenwriting Contest is now open for submissions. You’ll also get free entry if you submit to our Horror Award 2019, with extra prizes on offer plus the opportunity to win the Fall Contest Grand Prize of $2000!

Here’s a summary of OUTCAST:

BERIC, newborn son of a drowned Roman soldier, is the sole survivor of a shipwreck off Britain’s remote southwest coast — an area far outside of Roman rule. Raised by a British tribe, he grows into a brave, loving and honourable youth, proving himself worthy to join their new warriors.

But when hard times hit, the superstitious tribe blames Beric’s alien Roman blood. Banished from the only home he’s ever known, Beric turns to his own people, thinking to join the Legion — unaware his Celtic tattoos and unworldly manner mark him as a “barbarian” in the sophisticated Roman world, an unsuspecting target for prejudice and betrayal.

Lost, bewildered, a captive in his own father’s land, Beric must struggle to survive against appalling odds. As an outsider, forced to seek his own way in a treacherous world, he finds both friends and enemies along the way. But even if he succeeds in his desperate fight for freedom and a place to belong — can he ever learn to trust again?

And here’s a quick bio of the writer of OUTCAST, Sarah Bellwood: 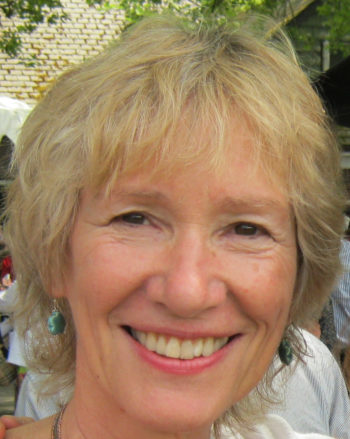 Sarah grew up in Cambridge, England and got her BA in English & American Literature at Warwick University, but now lives near Los Angeles. She has progressed from extensive experience as a script consultant for film producers, to being a working screenwriter herself.

She now has credits on two award-winning feature films, a television movie greenlit for production, and two more scripts in development with high-profile production companies. She’s written both book adaptations and originals, and her work spans a variety of genres and periods, including family drama and dramedy, adventure drama, romcom and thriller — with a focus on character and a real-life mix of humor and emotion.

Her spec script, OUTCAST, is an adventure drama adapted from a historical novel by renowned English author Rosemary Sutcliff. It transcends period as a coming-of-age story that reflects the universal need of adolescents to find their own place in the world. But beyond the personal, it speaks to our current political climate of racial prejudice, hatred and distrust of people who look or speak differently. The hero’s dilemma recalls the plight of America’s Dreamers, raised in the USA, but threatened with banishment from the only world they know, to live alone in a foreign country.

Sarah’s currently working on an assignment to adapt an international thriller novel for a limited series, and pitching several spec projects.