Timothy receives a year of free script development from us worth over $3000 and our monthly prize of $200! To be our next winner, enter our latest competitions: https://writemovies.com/current-competitions-payment/

Thanks to everyone who entered this time! It was an intriguing set of scripts, each of which had different strengths. We’ll write a general article in the coming weeks about trends we’ve picked up in this year’s submissions and our resulting tips for writers. 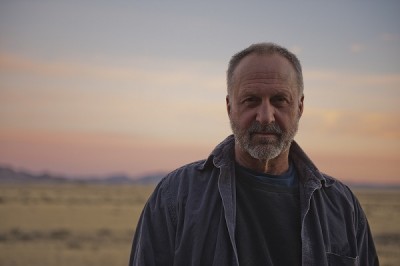 Here is a biography of Timothy:

Raised crisscrossing America pulling a small green trailer behind the family car, Timothy Jay Smith developed a ceaseless wanderlust that has taken him around the world many times. En route, he’s found the characters that people his work. Polish cops and Greek fishermen, mercenaries and arms dealers, child prostitutes and wannabe terrorists, Indian Chiefs and Indian tailors: he’s hung with them all in an unparalleled international career that’s seen him smuggle banned plays from behind the Iron Curtain, maneuver through war zones and Occupied Territories, represent the U.S. at the highest levels of foreign governments, and stowaway aboard a ‘devil’s barge’ for a three-days crossing from Cape Verde that landed him in an African jail.

Tim brings the same energy to his writing that he brought to a distinguished career, and as a result, he has won top honors for his novels, screenplays and stage plays in numerous prestigious competitions. He won the Paris Prize for Fiction (now the Paris Literary Prize) for his novel, A Vision of Angels; and Kirkus Reviews called a second novel, Cooper’s Promise, “literary dynamite” and selected it as one of the Best Books of 2012. Fire on the Island was short-listed for the 2015 Faulkner-Wisdom Prize for unpublished novels. His stage play, How High the Moon, won the prestigious Stanley Drama Award; and his screenplays have won competitions sponsored by the American Screenwriters Association, WriteMovies, Houston WorldFest, Rhode Island International Film Festival, Fresh Voices, StoryPros, and the Hollywood Screenwriting Institute.

For more information on Tim, please visit his website: www.timothyjaysmith.com.

ADAPTED FROM HIS NOVEL

Timothy Jay Smith adapted his winning screenplay, A Vision of Angels, from his novel of the same name. Published by Owl Canyon Press in 2012, it won the Paris Prize for Fiction, and can be purchased from http://owlcanyonpress.com/catalog/a_vision_of_angels.html. Kindle versions are available on Amazon.

Here is more about the winning script:

When Israeli intelligence learns of a terrorist attack planned for Easter Sunday in Jerusalem, the race to stop it weaves together the lives of an American journalist, Israeli war hero, Palestinian farmer, and Arab-Christian grocer.