Winning writing is a team game: winning competitions is only the start…

Why winning writing depends on being a team player…

Winning one of our competitions has several perks – the cash prize, the year of free script development and mentoring, the free publicity, and, of course, the potential that your script will be promoted to talent agents, producers, and studios within the international film industry – and for the best winning writing, we’ll even pitch it ourselves (and that’s something we promise in our competition Terms and Conditions).

But even so. Winning a competition is less than half of the story. Sure, you’ve put a big part of your life and soul into mastering your craft and completing your labour of love, and now you’ve finally got some recognition for it. But does that mean it’s perfect and everyone will now bow down before you? 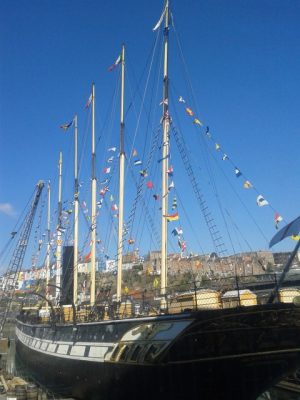 Reality check: without strong, constructive professional guidance to develop your script and yourself further, you would still probably be wasting your time going straight out and pitching your script to industry. You only get one shot at that and we want to give you the best chance possible. That’s what truly winning writing needs.

To get to this level there must be a conversation, maybe even some creative disagreement, but most importantly cooperation – and that’s where the free year of script mentoring comes in. It’s not for nothing we offer our winners a year of free script consultancy (with further extras for our Grand Prize winners). It is through this year of free script development that we do our utmost to get winners’ scripts to a high enough quality where we have the best possible chance of successfully pitching it to the film industry. But the writers themselves must take advantage of this development phase, which can take six months or longer, and be prepared to keep working on their script. Any prize money we pay is like a downpayment on that further writing work.

This time period of development with the writer and their winning script also demonstrates something important – though other types of writing can be solitary, successfully realized scriptwriting can only be a team activity. It takes a team to make a movie or TV series – usually a very big one. Almost all scriptwriters they need others to give them feedback, provide critique and constructive criticism to advance their script to the level it needs to be at. Winning must be a team activity if the script itself is to be successful.

We understand that it can be difficult for writers to adapt their script too much, too soon – it is your baby that you’ve nursed for a very long time. Yet, we still need you to fix issues with the script that will badly affect how studios view it and how well we can sell it… famously in this industry, “nobody knows anything” as William Goldman put it, but even so, experience and track record do give us a clear sense of what doesn’t work, and what kinds of project and writer we can successfully pitch. 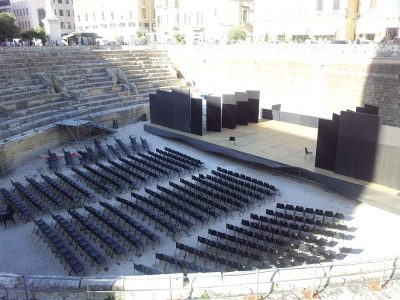 It takes a lot of people’s work before a script can reach an audience. Excavated Roman amphitheatre, Lecce, Italy. 2015

We recently got to pitch some of this year’s winning writing to some big studios in person. We didn’t get a “no” from anybody – in fact all but one asked to see the script, and that one recommended who to attach as a producer so we could go back to them. To get to this point, these winning scripts had gone through several rounds of reports and analysis done on their script by our professional and highly-trained analysts to get them as close to perfect as possible – so that we were satisfied that they were ‘pitch ready’. And yet. It still wouldn’t come as a surprise to get more notes and recommended changes for the scripts from those studios. And again if and when a producer gets attached. And a director. And lead talent. It’s a team enterprise and everyone’s opinion needs to be respected.

So a constructive attitude, and proving a willingness to make notable changes to your scripts, makes a big difference to the pitchability of people’s scripts, and no doubt, themselves as writers. Writers who resist and dig in over petty points are showing us that they will struggle to cope with the real demands of working with real talent at the top of this industry – and that drastically narrows our options for taking them forward. A positivity and willingness to improve can win out when we have to make a gut call of who to pitch and when. Here’s an update three months in from the winner of our Spring 2016 Competition Grand Prize, as an example of what you can expect on your journey towards truly winning writing:

I received detailed and thorough Development Notes in early October and read them eagerly (well, okay, and also with a little angst). It’s so helpful to have careful and insightful critique from professionals. I agreed with the suggestions regarding ways the script could be improved (some easy and some a little more challenging). I made the more technical changes first, then sat down for the Big Kahuna, which was that the Third Act wasn’t particularly gripping.

I wrestled for quite a while to come up with a better direction for the storyline. It wasn’t easy to take off a large chunk of the plot and come up with something completely new, but I forced myself to work on it for 2-3 hours a day and eventually, ideas started to flow. Within a couple of weeks, I was excited about the new twist to the story line, and ended up working much of the night several times – enjoyably – as it began to take on a life of its own.

It’s deeply valuable to have a professional team working  with you on a common goal: to get the script as good as it can be. After all, that is the name of the game. We writers spend so much time in the wilderness of our minds. It’s a welcome development (and also an honor) to have such an experienced, friendly and professional group helping you.

I look forward to the next round of Development Notes and revisions.

Hopefully, this article helps show how you can go from winning a contest to getting your script produced in the big time – to become truly winning writing. This is what we want to do – we want to help you make your script exceptional and “film ready”. With regards to these winners and the pitching news… Watch this space!

If you want to be in with the chance to have your script pitched to industry professionals by us, all you have to do is enter our main international Winter 2016 Screenwriting Competition by CLICKING HERE. Equally, you can take advantage of our consultancies and see the quality of analysis we will give our winners (CLICK HERE) and you gain free entry to the Winter contest, too.