How we’re pitching our winners… 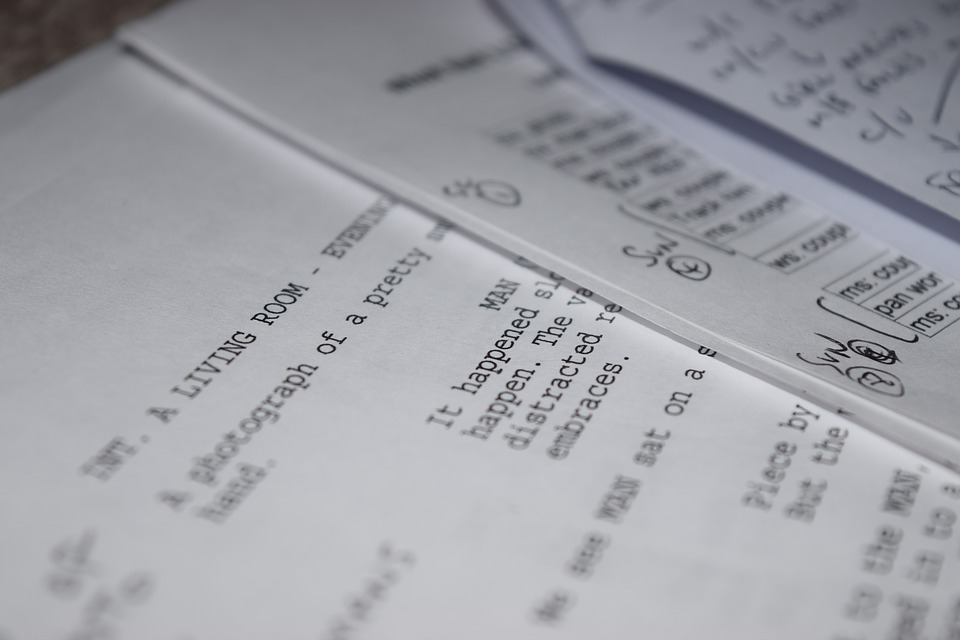 How we’re pitching our screenwriting contest winners to the industry…

Since our relaunch in February 2016, we’ve gained a wonderful, varied slate of award-winning scripts and writers, many of which have now completed their year of free script development as we prepare them and their writers for the pitching process. As our campaign to pitch them gathers momentum, I thought now would be a great time to show you what we’ve been doing for our winners and the great responses we’ve been getting. We can’t reveal the confidential details of course, but there’s plenty we can show you as this gains pace.

STEP ONE – NAIL THE SCRIPT.

Even our winners’ fine scripts usually have a few important question marks in them, from a producer’s point of view. (If you would lose your job and your reputation for greenlighting a project that bombs, you’d feel the same.) So we use all our expertise and industry experience to feed back studio-quality reports and guidance for our winners, for a year, for free. It often takes that long – sometimes even longer – to get the script so sharp and convincing that producers can’t use easy excuses not to greenlight.

The process can even go beyond the one-year mark. One of our early winners has been very ill for much of the time since his prize; another – who is aiming high – decided to give the script a big review when I fed back to him my concerns that the things I felt producers would be wary about when I gave him the prize, still hadn’t noticeably progressed in his script. The writer’s approach to feedback, and their general responsiveness and promptness of redrafts, makes more difference than the guaranteed year-long timeframe: some scripts and writers are ready far sooner, others never convince us they’d reply promptly enough to a concrete offer from a serious producer.

Remember, WriteMovies have been pitching scripts to the industry for twenty years, and launched two Oscar-nominated writers into the industry. Things are ready when they’re ready. We don’t take any cut of option fees whatsoever – so we’re prepared to put in as long as it takes to give our winners the best chance of breaking through. When we succeed in doing that, everyone wins.

We’ll show you more about these and why you might want to make one, in another article soon. But these are meant to be a short, snappy, visual teaser of what this script would FEEL and LOOK like to the viewer. In an industry where the real decisionmakers are often hard to get on the phone, it’s important to present your script in the most professional way possible – that clearly shows how this movie could be SOLD to top talent and audiences. Getting our one-page pitches right is an important way to show that we, and our writers, mean business.

In the Terms & Conditions of entering our main contests, you’ll see a promise of ‘intensive pitch coaching’. This is it. We coach our winners to prepare their logline and one-page pitch, guiding them through multiple drafts as we get this right with them. At the end of it, the writers are far better placed to present and pitch their scripts in future.

And you know what else? More than a few have found that the process of presenting their script in a one-page pitch, has made them sharpen and focus and intensify their script more effectively. Everyone wins.

Meanwhile, we often give our Elite Mentors the chance to feed back on the scripts on our slate – and the writers love getting feedback from top industry pros like them. Sometimes the Elite Mentors even get involved and help push the script forward towards production themselves, which is the best of all worlds.

STEP THREE – RESEARCHING WHO TO TARGET

From quite an early point, we’ve already warmed up the industry to the projects on our slate, because of the promotion we give our winners in the weeks after their win, and consequently when their logline is promoted extensively to the industry through InkTip. We also sometimes use our dedicated Industry Newsletters (which go out to hundreds of producers and agents) to promote scripts more widely too. But these methods are only a small part of the real pitching process. The world is busy and full of competition, and everyone you want to reach out to needs treating as an individual.

Lots of writers take a scattergun approach, approaching as many producers, directors or actors as possible. Lots of writers think the world OWES them for creating their scripts, and should now bow down before them. Good luck with that. If you don’t understand the real life of producers and talent, you’ll need a totally world-changing script in order to break through with that attitude. And, if you’re so oblivious to the individuality and business needs of the people you’re approaching, you almost certainly won’t have achieved a script that good anyway.

So, between us and the writer, we compile SHORT lists of producers or talent who we think could really go for this project (exploring all sides of my motto: Aim High, Use Allies, or DIY – Do It Yourself). We research them properly, their track record and preferences, and how best to reach them. We then make our approach on whatever platform, opportunity or situation is the one they’d be most likely to favour. With our track record and polished scripts and one-page pitches, we’ve got a good chance of getting in the door. If we’re then invited to send the whole script, awesome. From that point, it’s up to the writer and producer/talent: we keep the line open and follow up until there’s a result, for better or worse. And then seal the deal or get proper feedback that we can use to improve the script or our understanding of its prospects, and then move on to the next on our shortlist.

Wherever possible, of course, we pitch in person, or failing that on the phone. Most people prefer doing business with strangers by email, but building their trust and their image of us gets us in a lot of doors that writers alone couldn’t. Our in-person pitching in the last two years has got many of our scripts read by leading players and has earned us important new allies, some of whom put us in touch with other people who’ll read the script now it’s been recommended by someone they trust and rate.

Getting a ‘no thanks’ often isn’t a closed door, if we’ve handled the approach right. It’s just a no to this script at this point in time. But with the range of our slate – now and in the future – and all the other services we offer, we always look to keep the door open for mutual support in the future. We keep in regular touch with all producers or agents who are happy for us to, such as through our industry newsletters.

It’s often frustrating how little of all this activity we get to share with you publicly. For obvious reasons, producers and talent wouldn’t want us to share the detail of what we discuss with them. But believe me, if you become a winner in one of our main contests, we’ll be working furiously behind the scenes to take your script as far as it can go.

While many agents and writers would be annoyed to learn that the company we approach have already got something similar on their slate (maybe worried they’ve been plagiarized!), personally I welcome it. Why? Because it shows we really did get this to the people who’d be interested in it. And the praise we often get back from them is great momentum to take into our next approach.

Enter our latest contest now, or enter our next one early by purchasing a consultancy service, to get the benefit of our decades of industry experience into YOUR project.