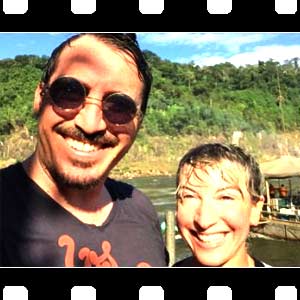 A new winner is revealed for our free writing contest, the Featured Script of the Month Contest…

Our August winner of the Featured Script of the Month is DEAD POSSUM by Jared Wayne Raun.

We chose Jared’s script from a host of August submissions for its unique and interesting concept – which is what this free contest is all about!

Hell, we’ll show you what we’re talking about. Here’s a quick summary on the script by Jared:

“A boy discovers he is dead, but resists leaving his body so he can save his living girlfriend from a gang of zombie bikers, despite protestations from his spirit guide.”

And here’s a short bio on Jared:

Jared is a longtime lover of movies, comics, music, and episodic storytelling. He graduated from USC film school in the late nineties and spent the first decade of his career working in production. Around ten years ago he switched his focus to writing and though he has written over ten feature scripts and a web series, this summer marks the first attempt he has made to get his work out to the public through screenwriting contests. He is honored to receive this award and hopes to see Dead Possum on screen sometime in the near future.

In addition to many more feature scripts queued up to write, Jared has several animated and live action projects he hopes to direct, the first being a horror/fantasy web series pilot set to shoot in early 2018.

For winning the August Featured Script of the Month Jared now receives free Judging Feedback and publicity on our website, Twitter feed, and Facebook page. Jared will also get the chance for a free resubmission of his script to our current main screenwriting contest! A great set of prizes for a free writing contest!

Let’s also give a hand to our Honorable Mentions:

You could be our next Script of the Month winner – you enter for free whenever you enter one of our Contests or order a script mentoring service.