Based on the real story of a movie icon and his most trusted friend, the winner of our Fall Contest takes us all the way back to the silent era for a biopic about Charlie Chaplin’s Japanese-American chauffeur: RIDING WITH CHARLIE by Shintaro Ogai!

Shintaro has won our Grand Prize of $3500, plus a year of free script development worth up to $3200, guaranteed pitching to industry, and more. See below to find out more about RIDING WITH CHARLIE and its writer.

If you want to win these prizes yourself, don’t forget to enter the WriteMovies Winter 2021 Screenwriting Contest today – the standard deadline is coming up on December 20th! You can also get free entry if you submit to our Romance and Comedy Award!

Here’s what RIDING WITH CHARLIE is about:

Based on true events, RIDING WITH CHARLIE is the story of Charlie Chaplin’s Japanese-American chauffeur, Toraichi Kono, who was the movie star’s confidant and friend during some of the most tumultuous times in the actor’s life.

Kono contends with the racism and discrimination of 1916 every day – but when he becomes Charlie Chaplin’s driver, he finds himself launched into the mad world of Hollywood. Now he must instead contend with the drama that seems to constantly spill off the screen and into Charlie’s personal life.

As Kono stands beside Charlie through thick and thin, through personal tragedies and temperamental behavior, he becomes more and more indispensable to one of the world’s most famous actors, eventually rising to become his private secretary.

But nothing lasts forever. As Kono spends more time with Charlie, his relationship with his family starts to suffer. Eventually, he finds himself with a decision: to leave Charlie and move on with his life, or keep supporting his closest friend and sacrifice those he loves. 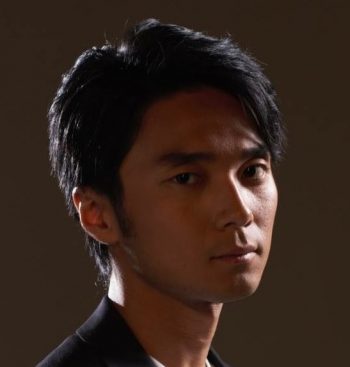 And here’s a quick bio of RIDING WITH CHARLIE’s writer, Shintaro Ogai:

Shintaro Ogai is a screenwriter who was born in Japan and is currently based in Tokyo.

For the past 15 years, he’s been involved with many film and television projects as an Assistant Writer in Japan. His film ‘Solo Contest’ was released theatrically in 2008.

He studied screenwriting at Nihon University, College of Art and worked as an Assistant in the Film Department for 2 years after graduating.