We are proud to be able to announce THE DAWN OF EVE by James Bingham as the winner of our Featured Script of the Month for December.

This bonus prize has been created to reward and develop the most interesting script we receive in the previous month, and the result has no bearing on the result of other entries to any of our competitions. It was an interesting challenge to pick the most interesting script from such a wide variety of scripts written to a high-quality, but James thoroughly deserves this. For winning the Featured Script of the Month, Rico receives free Judging Feedback worth $99 plus a free resubmission for a redrafted version of his script, THE DAWN OF EVE, to our latest main Competition! On top of that, we give James and his script the kind of publicity that our previous Monthly Contest winners have received.

Honorable Mentions:
HARM FOR THE HOLIDAYS by Jonathan LaPoma
THE LAND OF CHICKENS by Michael Avishai
THE LAST CLIENT by Marc Taylor

Here’s a little bio on our winner, James: 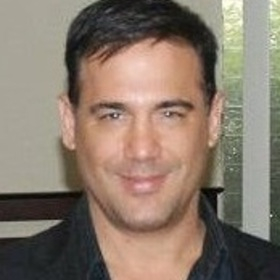 “I grew up on a raisin farm in Madera, California. It was a peaceful environment that instilled itself into my psyche; an environment which lends itself to creative thought and the free flow of ideas. So while I can embrace all those things a city life has to offer, I appreciate the meditative aspects a more serene setting provides.

After high school, I served four years of honorable service in the United States Marine Corps as a Reconnaissance Marine. After college, I became involved in real estate and lending — eventually opening and managing my own brokerage. I had a nice run, but the housing market collapse forced me to seek other means to further myself, including obtaining a commercial driver’s license and completing 48 college towards a degree in Energy Management.

A few years ago, the genesis of an idea formulated in my mind, manifesting itself to such an extent I felt compelled to write it about it. I never envisioned it blossoming into a three-act rendition, but it’s been a process I thoroughly enjoyed and feel somewhat addicted to. Or perhaps more accurately, I’m in denial and thoroughly addicted to my newfound form of creative expression. Either way, my hopes are that my newly discovered passion blossoms into a rewarding career that leads to further projects down the road.”

And here’s a short synopsis on the winning script

MICHAEL GRAYSON — a haunted genius who wants to change the world. Michael becomes the architect of the future by developing DARPA’s EVO SYSTEM — a quantum-based computer system designed to improve the quality of life for Americans and the rest of the “free” world.
However, Satan — seeing the Evo System as the perfect means of control — has other, far more insidious plans. Satan uses his powers to corrupt the Evo System and bend humanity to his will. Only one lone and mysterious angel named EVE stands in the way.