by Edward | Mar 6, 2017 | Featured Script of the Month, Our Winners, WriteMovies News

We are proud to be able to announce MARIGOLD by Lisa J. Cristoforo as the winner of our Featured Script of the Month for scripts submitted in January and February 2017.

We chose to couple the months of January and February together as the Spring 2017 Screenwriting Contest only launched very late in February. So, we didn’t get enough entrants in that month to warrant two contests. We’ll be back to normal for March, though!

For winning the Featured Script of the Month, Lisa receives free Judging Feedback worth $99 plus a free resubmission for a redrafted version of her script, MARIGOLD, to our latest main Competition! On top of that, we give Lisa and her script the kind of publicity that our previous Monthly Contest winners have received. 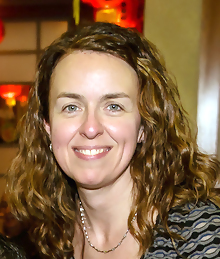 Here is a short biography on Lisa…

Born in Toronto, Canada, Lisa currently resides with her family in their country dream home. Although she has always been passionate about writing, it was her extraordinary experiences that led to the creation of her first screenplay, MARIGOLD, which was both therapeutic and wonderfully gratifying for her. Following a lengthy career in corporate real estate, Lisa now runs a home-based business which permits her the freedom of time to continue honing her skills as a writer. Over the past few years, she has been developing MARIGOLD with the script development company Script Pipeline, endorsing the story’s compelling premise, rich characters, and universal themes will appeal to a wide audience. Recently, Lisa has started working on her second script, IF YOU WEREN’T FAMOUS, a romantic comedy about a lonely A-list Celebrity who is dared into asking out a Fan. When she rejects him, his intrigue prompts his obsessive attempts to change her mind.

And here’s a quick synopsis on the winning script, MARIGOLD:

When a woman realizes her dreams are a window into her past lives connecting her to a famous actor and an 18th century Irish house servant, she embarks on a clandestine adventure to Ireland to discover the truth behind the connection.