We are proud to be able to announce GAMERS by Travis Lemke as the winner of our Featured Script of the Month for scripts submitted in December 2016.

This bonus prize has been created to reward and develop the most interesting script we receive in the previous month, and the result has no bearing on the result of other entries to any of our competitions. It was an interesting challenge to pick the most interesting script from such a wide variety of scripts written to a high-quality, but Travis thoroughly deserves this. For winning the Featured Script of the Month, Travis receives free Judging Feedback worth $99 plus a free resubmission for a redrafted version of his script, GAMERS, to our latest main Competition! On top of that, we give Travis and his script the kind of publicity that our previous Monthly Contest winners have received.

Here is a short biography on Travis… 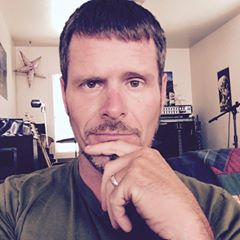 Travis Lemke lives in Boise, ID and has published two novels under his pen name Todd Langley. His novel Bevel Down is required reading at some high schools and universities. He has been studying screenwriting for more than ten years, received his first option in 2010, and has been persistent in his goal to becoming a professional screenwriter.

And here’s a quick synopsis on the winning script, GAMERS:

A man child who has lost love finds new love, but then has to kill that love after he and his Dungeon and Dragons buddies fall into possession of a magic book and summon a mysterious “protector” from hell. Shenanigans and hi-jinks abound in this contemporary comedy.