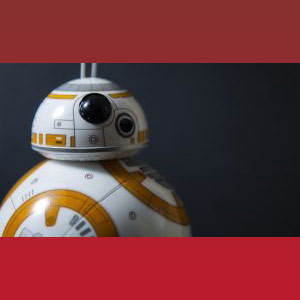 Ian Kennedy and John Sullivan both give their opinions on the latest installments of Disney’s STAR WARS film in this THE LAST JEDI review… SPOILER WARNING – there are some mild spoilers for STAR WARS: THE LAST JEDI ahead.

I really enjoyed this one, and as a writer and analyst there was plenty to make me smile about it. Like THE FORCE AWAKENS it shows the right amount of respect and reverence to the original series and characters while pushing the familiar premise and themes firmly into a new generation and new world. At times during the battles, key characters and their craft got an easy ride – often for long unexplained periods while it was clear that they ought to be taking a lot of fire (like the others around them). Other than that, a few gimmicky jokes (“I’ll hold”) and the ultimately pointless time at a casino – which wasn’t other-worldly enough for a STAR WARS movie, and unnecessary anyway – this one worked for me.

From an analyst’s point of view, here are some of the things that were great. Somehow, ALL of the characters we care about – and there are a LOT of them now – get the right amount of screen time and strong character arcs that complement the main story. (R2-D2 only really gets one moment, but c’mon, BB8 is better anyway; the ever-annoying C3PO gets interrupted every time, and even Yoda gets another chance to mentor Luke.) We see Luke Skywalker complete his character arc from farmboy to transcendent Obi-Wan Kenobi. The lightsaber fights and the new uses of the Force are fresh and eyecatching, as are some of the uses of other tropes we’ve seen before (lightspeed, for example). There are plenty of new quirky aliens and droid moments – I liked the nuns at the Jedi temple, for example. Just as the plot and premise of THE FORCE AWAKENS mirrored the original STAR WARS (EPISODE IV), this one mirrors THE EMPIRE STRIKES BACK in that it’s a long dark night of the soul for the Resistance, who are down to almost nothing by the end. This film finds new shades of grey to enrich its binary central conflict (the Resistance vs the Dark Side) – with new kinds of dilemma and battle for the hearts of the central characters, and reference to the arms dealer selling to both sides, for example. There are new kinds of heroism, self-sacrifice and resistance – contrasting the strategic rivalry between the wasteful hotshot methods of Poe, and the more subtle and clever methods employed by his superiors. All of this explores the series’ themes and conflicts further and better than before.

All in all, the movie ticks all the right boxes. Sure, not an Oscar-winner, but a great blockbuster sci-fi action adventure and a strong STAR WARS movie. And let’s be honest, those are more fun than most Oscar-winners.

A long time ago, in a galaxy far, far away there used to be amazement and anticipation surrounding STAR WARS. But after watching THE LAST JEDI I’m only left with a remarkable feeling of being underwhelmed.

It’s hard to put into words how disappointed I am with THE LAST JEDI, but I’ll do it anyway. THE FORCE AWAKENS, while not magnificently original, felt like a STAR WARS film. The plot followed the same pattern as both A NEW HOPE and THE PHANTOM MENACE, stakes were high, the new characters were well-introduced and we spent a good amount of time with one character we loved.

THE LAST JEDI was just… a whole lotta nothing. For a 2-and-a-half-hour flick, there’s a lot going on, but nothing ever really happens. The film never really expands on what it’s logline is. The last of the Resistance forces try to escape the clutches of the First Order, while Kylo Ren and Rey come into conflict with themselves and each other. You’d imagine that’s a good set-up for a STAR WARS film, right? Wrong.

There is no expansion on the story, or the characters. Whole subplots, that are made out to be vitally important and integral to the storyline are made redundant with certain character and writing decisions. Characters that were made out to be hugely important were shoved aside meaninglessly. This film just did not have an end goal in sight. There were no major consequences in the film, or rather, none that were logically formed from the plot or character decisions. We are more or less in the same spot that we were in at the start of the film thematically and in terms of the greater story – nothing of any substance happened… at all.

THE LAST JEDI was just so… sigh… What was it Yoda used to say? “Do, or do not. There is no try.” Well, there was no trying with this film’s plot.

Who do you agree with? What did you think of THE LAST JEDI? Let us know on our Twitter and Facebook pages!