The winner of the strongest field we’ve had in a long time… truly an achievement to be proud of for Ruben Bush III, the Grand Prize winner of the WriteMovies Winter 2016 Screenwriting Competition for his script BLACKOUT.COM. This was a provocative and ambitious script with real originality. We’re excited to get working on this and our other new winners Belinda and Elliott and Michael’s scripts.For finishing as our overall winner Ruben receives: 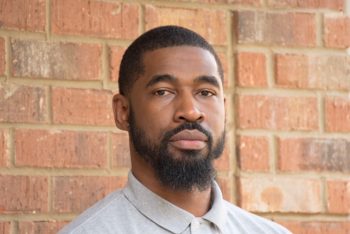 Here’s some background on Ruben:

“Originally from Springfield, Massachusetts, Ruben currently resides in Atlanta, Georgia where by day he teaches middle school mathematics and by night writes screenplays.   “I guess you could say I’m a glutton for punishment.”  Never one to sit idle, Ruben, having recently completed the feature “Blackout.com”, is presently working on a new full-length feature as well as a TV pilot. He hopes to continue to improve his craft and create compelling content that will engage, enlighten and entertain.”

Congratulations to Ruben on being named our overall winner! We look forward to helping develop the script and pitch it to the industry over the next year.