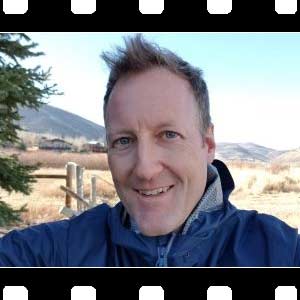 Scott did anything but spoon feed our judges and readers with his winning script, and as our Grand Prize Winner, he wins a year of free script development, guaranteed pitching to industry and exclusive script and logline listings via InkTip’s script directory and increasingly popular magazine – oh, and the Grand Prize of $2000!

It’s always heart-warming to see a winner so happy after a win, and boy was Scott happy. Check out his initial reactions here…

“I’m too nervous and excited to even type right now!
I’ll respond more after I run around in circles, yelling hooray hooray…”

Later that day…
“Many thanks again for this opportunity!  First Place is still sinking in…
I first entered a WriteMovies competition in August, 2008.  Seriously, a humbling journey-
And what a wonderful life experience, that screenwriting has been!
Thanks John, you guys are the best.”

He also changes lots of diapers, searches incessantly for stray sippy-cups, and can’t believe how many Lego’s can fit into a standard garbage disposal.

In his spare time Scott’s a research chemist and microbiologist, with a devoted passion for story, cynicism, science, and social commentary.”

“A feisty feminist with a sweet-tooth is hired to curb the obesity crisis, then battles USDA corruption as she brings down a chauvinistic sugar lobby.

Based on true 1980’s events that led to the global diabesity epidemic.”

Read up on our Second (HERE) and Third Placed (HERE) Winners too, or take your chance to become our next winner with our current screenwriting contest… Will you be our next Screenwriting Contest Grand Prize Winner?