Our Summer 2020 Screenwriting Contest is now LIVE! One of the big prizes for our top three scripts is pitching them to industry – and here’s a sneak peek into how we do just that. See the latest instalment of Ian’s LA Diary below, featuring a trip to BAFTA LA and a meeting with SCARFACE co-producer Peter Saphier… 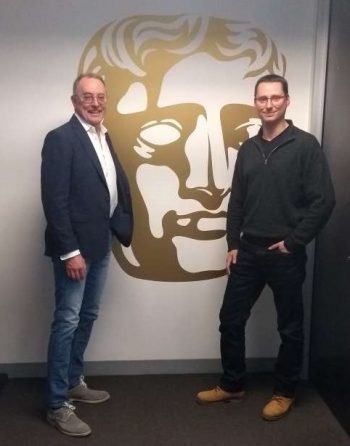 My first meeting today was a first chance for me to meet BAFTA LA and get to know their services and initiatives first-hand. Our founder Alex Ross is a BAFTA member, and recommended I reach out to them about how we’re increasing both our presence on the ground in LA and our transatlantic partnerships with the UK industry at the same time. Good call.

So this morning I met BAFTA LA’s Head of Partnerships Wayne Watkins at their 12th floor office, with great views across LA in all directions, from the sea to the Hollywood Sign and far beyond. Wayne gave me nearly two hours of his time and was great company. It was really satisfying to hear about the value that BAFTA LA add to the whole industry in LA and its future talent pipeline, especially for outsiders and those who wouldn’t have had the chance to get into the industry there otherwise. I’m really looking forward to taking discussions forward and finding further synergies: thanks very much to Wayne for being so generous with his time and thinking.

So from there I moved to the famous Musso & Frank Grill – Hollywood’s oldest (established over a century ago!) and fresh from its latest big-screen appearance, in Tarantino’s ONCE UPON A TIME IN HOLLYWOOD. There I was hosting Peter Saphier, the producer of SCARFACE (with Al Pacino), EDDIE MACON’S RUN (with Kirk Douglas) and BLACK DOG (with Patrick Swayze) among many other achievements. Peter passed on traditions of visiting Musso’s and what to order, which he had inherited from the passing generation of filmmakers who first brought him here, and which I will now continue and pass on too – such as the tradition of ordering their excellent Flannel Cakes. It was also one of the best-value meals I’ve had in LA, and a beautiful venue. What’s not to like? 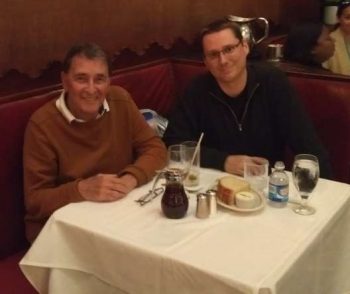 It was fascinating to hear Peter’s stories about oldtime stars of the postwar years and subsequent decades. His stories from SCARFACE were particularly eye-opening – and made me all the more aware that sometimes we have to take big creative and reputational risks in order to achieve works that will really break through and resonate down the generations. In that spirit we both later began to talk about our own current slates and consultancy services, and it was great to be able to share some industry insights and approaches that can help even someone at his experience level (transatlantic industry knowledge again!).

Peter also offered to host a lunch for our winners in Hollywood in the future, like he and Alex used to do for them at Warner Brothers – an offer I’ll be delighted to take up. It’s another great example of the kind of industry access and expertise we aim to open up for all our winners at WriteMovies, and anyone else who we come to partner with.

After lunch with Peter discussing about a wide and very enjoyable range of subjects, we got into a final conversation about the filming equipment I’ve been walking round with lately, to be able to film and photograph at instant industry quality wherever I go: the audio recorder, monopod and 4K DSLR camera I walk around with, to be able to shoot spontaneous useable footage, audio and stills at a few moments’ notice. I explained that the DSLR had already recorded tens of hours of primetime UK series, produced by a Director-Producer-DP friend of mine. It’s remarkable how far our technology and potential has come, in the space of our careers, and it’s fun to be able to show an experienced hand like Peter something new! 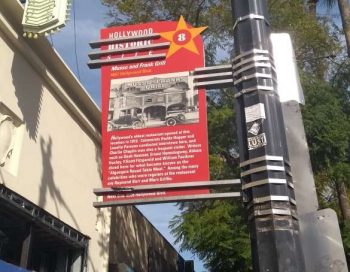 The DSLR came to good use straight after the meeting with Peter too, because I stepped out of Musso and Frank’s straight onto the Hollywood Walk of Fame. As I ambled back, I took dozens of new stills of the famous names there in the space of a few minutes, which can help to illustrate our future WriteMovies articles for many years to come. Though I can’t say the nameplates themselves are all that exciting, they’re a great token of how the work of Hollywood is kept alive and gets to resonate down the ages like so few other works.

I only photographed the names that meant the most to me, and maybe half of those were for stars who died before I was even born. Truly, great cinema is a global gift for the ages. My meetings this week have really invigorated me with that sense of purpose once again: to continue to champion great global storytelling through WriteMovies. It’s a great position to hold in the industry.

And something else amused me too. At one crossroads on Hollywood Boulevard, the Walk of Fame comes to an end while the Boulevard continues on ahead. Once you cross the road and continue along Hollywood Boulevard, straight away, the next sidewalk is just a messy patchwork, without pretences or tourist traps, yet still at the heart of the action. Yeah, there’s a metaphor in there somewhere. 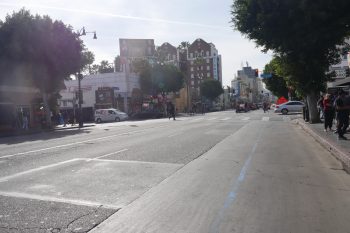 My last meeting of the day was with the creator of an online LA industry network that now has over 30,000 members. I don’t think there will ever be over 30,000 stars on the Hollywood Walk of Fame, but considering the length of the credits on any major movie, there’s definitely enough work to be had supporting the ones who do get one. It’s great to know that so many established industry players we’ve met this week can recognize the difference we try to make for those writers and storytellers looking to move up to the next rung in their own journey in the industry, wherever they’re starting from.

I, and our founder Alex, both got separate emails from Peter after my meeting with him, telling us hugely complementary things about how the meeting with me had gone. I replied that if I could print and frame an email, that would be the one! Moments like that make all the hard work worthwhile…

NEXT TIME, IN FRIDAY’S L.A. DIARY… Producers of many huge movies look at ALL of our slate and clients!

If you’d like to see more of Ian’s diary, you can check out how he prepared for pitching on Monday HERE and how his meeting went with Shaun Redick (GET OUT, BLACKKKLANSMAN) and Yvette Yates of Impossible Dream Entertainment HERE! And find out about his trip to Warner Brothers and Digital Monarch Media HERE.