by Edward | Sep 26, 2016 | Featured Script of the Month, Highlights, Our Winners, WriteMovies News

We are delighted to be able to announce THE SANDBOX by Math Saliva (story by Math and Olivier Biercewicz) as the first winner of our Featured Script of the Month. This bonus prize has been created to reward and develop the most interesting script we receive in the previous month (in this case August 2016) and the result has no bearing on the result of other entries to any of our competitions. It was an interesting challenge to pick the most interesting script from such a wide variety of scripts written to a high-quality, but Math thoroughly deserves this. For winning the Script of the Month, Math receives free Judging Feedback worth $99 plus a free resubmission for a redrafted version of his script, THE SANDBOX, to our latest main Competition! On top of that, we will give Math and his script the kind of publicity that our previous Monthly Contest winners have received.

Here’s a little info on Math: 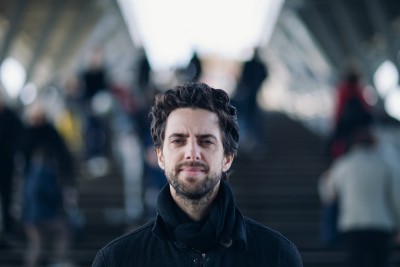 Mathieu Saliva is a writer-director based in Paris. He has penned and directed more than a hundred music videos, and commercials for Sony, Universal, L’Oréal, Airbus…

He was a stage actor for 6 years and he has followed the Bob McAndrew acting class. His two short films have travelled some 50 festivals around the world, winning 15 awards: Beneath the Surface (in competition at the Hollywood Film Festival) and Magic Kisa (broadcasted on HBO and Fox Europe).

He is currently directing a documentary about the Iridium Next satellite constellation for Thales Alenia Space and is also gearing up for his first independent feature film, shooting next spring.

And here is a brief synopsis on the winning script, THE SANDBOX:

Following the mysterious disappearance of his son, Jack loses consciousness and wakes up in the middle of an inhospitable desert. His memory has been erased and he must team up with a young woman to evade a series of traps.