The Name’s Bond: A Tribute to Sean Connery

Some actors manage to do what others can’t: they bring to life iconic characters that transcend their films and become a part of our wider culture. One such actor was Sean Connery who first played James Bond, and who sadly died this weekend at the age of 90. 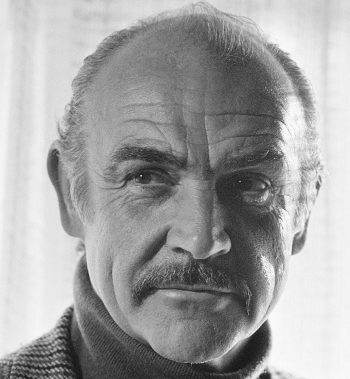 When Connery first took on the role of Bond in DR. NO in 1962, there’s no way he could have known the character would still be going strong almost 60 years later. And while other actors have followed in his footsteps, his version of Bond was the original – and is often considered the best. The franchise’s legacy wouldn’t have existed without him.

Of course, there’s no doubt that Connery’s Bond was also very much a product of his era – something that modern Bond films have accepted, with M calling the character a “sexist, misogynistic dinosaur” in GOLDENEYE. But it was still a portrayal that thrilled and captivated audiences around the world.

How do these kind of iconic roles come about? It’s difficult to say (and impossible to predict), but it often seems to happen when the actor sees something in the role that others don’t – not just other actors, but often the writer as well.

Ian Fleming famously didn’t approve of Sean Connery’s casting in DR. NO, stating: “I’m looking for Commander Bond and not an overgrown stuntman” – although he subsequently changed his mind. Sean Connery played the part with equal parts rugged, masculine confidence and British suaveness, and having a unique accent certainly helped the character stand apart as well.

The lesson here for writers? Trust the actors. Filmmaking his a collaborative process, and many people will have fantastic ideas that will improve the end result, even if it’s not what you originally had in mind.

We shouldn’t ignore Sean Connery’s many other notable roles. From THE HUNT TO RED OCTOBER to an Oscar-winning performance in THE UNTOUCHABLES, he played many roles that will stick long in the memory. A personal favorite of ours was his performance as Henry Jones, Sr. in INDIANA JONES AND THE LAST CRUSADE, which he played with a huge amount of wit and humor.

It’s impossible to summarize the impact Sean Connery had throughout his career in a single sentence. But, perhaps, it can be done with two: