An achievement to be proud of for a long time – Rob Laffin, the WriteMovies Spring 2016 screenwriting competition 1st placed winner, came out on top for his legal, topical drama THE PEOPLE VS GOLDMAN SACHS. A very intriguing and intelligent script and one deserving of this acclaim. We are delighted to be able to bring more information about Rob and his winning script.

For finishing as our overall winner Rob receives:

Here’s some background on Rob: 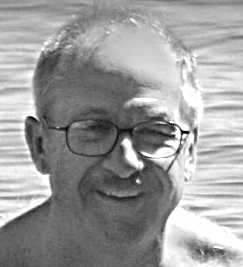 Rob grew up in a dairy farming valley in Vermont.  Much of his youth was spent outdoors – in the fields and woods when younger, driving the dirt roads listening to the radio with friends when in high school.  This was before the digital age, and in what was then a remote place, self-entertainment was all there was. Luckily, many in the area were French Canadian, who in general have a great sense of humor and love a good story. So a lot of time was spent with friends and neighbors spinning funny stories around the kitchen table.

He left Vermont for NYC when he was 20, with nothing but $400 in his pocket. He landed on his feet, and spent the next five years working odd jobs while soaking up New York culture. Realizing he needed more education, he went to NYU and completed his undergraduate degree in two years. From there he went directly into NYU School of Law, where he graduated in the top third of his class.

Rob went to work as a securities lawyer on Wall Street. Although successful, he realized after a few years that this life was going to be too narrow for him. He wanted to write, but felt he needed more life experience in order to have something to say. He left Wall St for his ancestral home of Maine. For several years, he lived in a small fishing village on the remote eastern coast. Later, he moved to Ellsworth, then ultimately worked in Bangor where he could practice higher level real estate, business and appellate law.

All this time, he was booking life experiences, and writing on the side.  While he was champing at the bit to write full time, lawyering enabled him to pay the bills. At least, he told himself, it was a completely verbal profession with lots of writing, so the time wasn’t wasted.
Eventually an idea came – a funny story about a cranky wealthy potty-mouthed widow. As he fleshed it out, it seemed a perfect role for Shirley MacLaine. When he found out she was 78, he realized he’d better get writing! So, he sat down and wrote MY MOUTHY MOTHER, which made the quarterfinals (3) and semifinals (1) in 2015 competitions including WriteMovies, Nashville Film Festival, Scriptapalooza and Austin Film Festival, and received several “recommends” in the process.

THE PEOPLE vs. GOLDMAN SACHS is Rob’s third screenplay. It is a high-tension revenge drama based on the financial crisis of 2008.

Congratulations to Rob on being named our overall winner!

Follow in Rob’s footsteps and enter in our current main international contest, the Summer 2016 screenwriting competition! Only $44 to enter before 11th September and you could also be the first winner of our FEATURED SCRIPT OF THE MONTH!