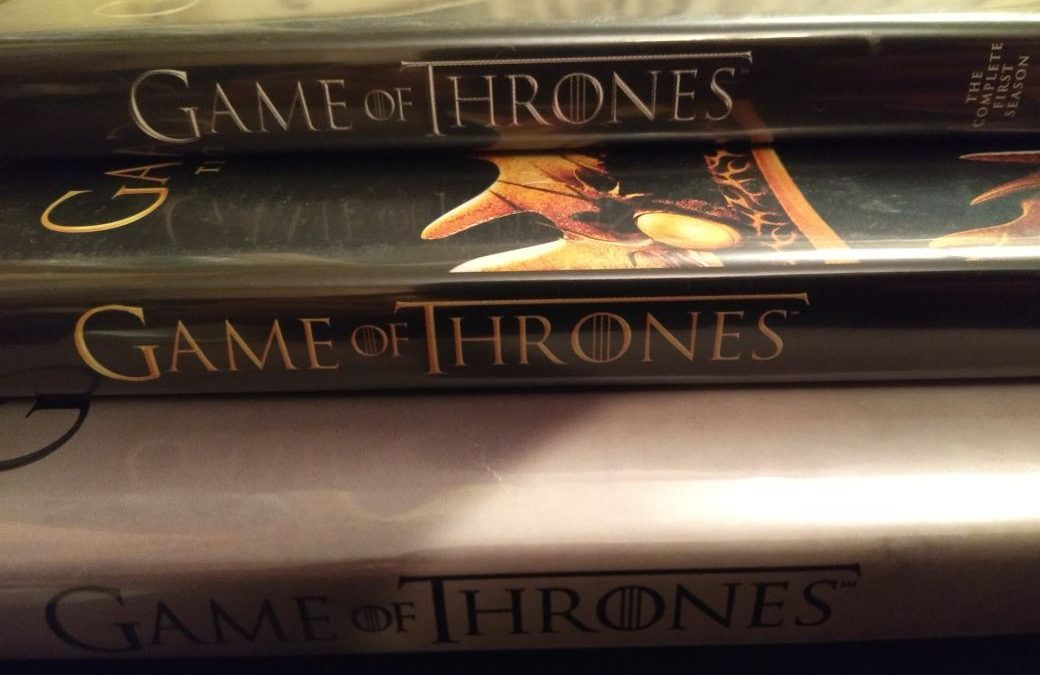 In readiness for the eventual arrival of the final season, Ian Kennedy subjects himself to the whole thing again. Next up is the episode “Lord Snow”. Can anyone endure Ned’s honor, Stannis, the Red Wedding, and – worst of all – Arya’s unending journey from ‘annoying’ to ‘a different kind of annoying’, all over again? Or will the quality of the writing conquer all foes once more? Spoiler central here, if you hadn’t guessed… but in euphemisms that would make Tyrion blush, most of the time.

First of all, I do some math during the DVD homepage, and create an amusing ratio that demonstrates the series’ very impressive body count. But eventually I accept there is also an episode or two ready to watch.

Ned and the royal party arrive at balmy King’s Landing, and a series of excellent dialogues introduce us to the many powerful men who Ned must now navigate between as Hand of the King, as well as other enjoyable backstory intrigues.

“Someday you’ll sit on the throne, and the truth will be how you make it,” Cersei counsels Joffrey, among other dangerously wise advice. “Everyone who isn’t us, is an enemy,” she says, condoning his view that the Starks are enemies – though he doesn’t realise just how narrow her definition of “us” is, given his real parentage. “War is easier than daughters,” Ned concludes, reflecting the private view of men the world over – you’ll find way more stories by men about war, than about daughters. Sadly.

It’s enjoyable watching Daenerys earn our respect from nothing all over again – and her brother our hatred – as she starts to behave like the Khaleesi (tribal queen) she has become. It’s fun seeing Tyrion still the carefree rich playboy, before a world of cares catch up with him. Quoting his brother Ned, to cut short a pleasantry from Tyrion, Benjen says “nothing before the word ‘but’ matters” – neat. Dany becomes pregnant – something I’d almost totally forgotten about. Her burgeoning relationship with the savage, brutal tribal ruler Khal Drogo is still one of the most distinctive love stories I’ve ever seen, and is executed (sorry, no pun intended) in a remarkably short amount of screen time over this series.

Ned sets Arya a ‘dancing master’ to teach her artful swordfighting, and these are still among the most enjoyable training scenes I’ve seen anywhere, with some rich payoffs later. No coincidence that her tutor is from Braavos, and her transformation comes to fruition there later. Seeing her move with a sword, Ned is taken aback. Maybe he’s surprised that in Season One, she’s not yet really annoying,