An achievement to be proud of for a long time – Tory Williams, the WriteMovies Summer 2016 screenwriting competition 1st placed winner, came out on top for his script RINGMASTER. A very intriguing and intelligent script and one deserving of this acclaim. We are delighted to be able to bring more information about Tory and his winning script.

For finishing as our overall winner Tory receives: 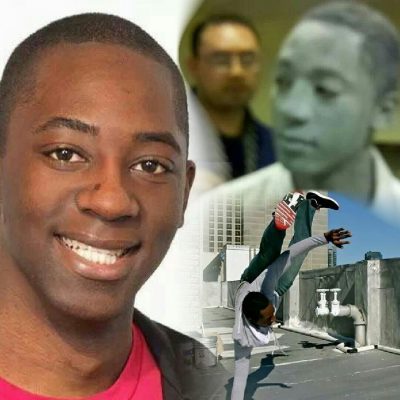 Our winner Tory pictured with some of his previous projects!

Here’s some background on Tory:

“I’m a young 24-year-old actor, martial artist, and writer from Little Rock, AR. I’m currently living in Burbank, CA, with goals to become an great actor in major action movies and comedies. I enjoy fitness, dancing, and love martial arts movies. I’ve acted in plays and short films since I was a child, and have always loved writing movies. I especially wanted to write movies I could star in. I used to write everything I watched on tv to learn, and when I got Blade II on DVD as a kid, you could see the script if you put it in a computer, so that’s where I learned structure and formatting.”

RINGMASTER is about a college student who enters an underground MMA tournament for money for college. On a night out, after offending a woman, Cristina Perez, in a bar, Devon Marks gets beat up by her. After finding out she’s his new Spanish teacher and seeing her boyfriend, MMA bad boy Aiden Mars,  beat her in front of him, he decides to let her train him for the tournament. With a bit of laughs, intense action, and life lessons, I believe it can be an inspiring movie to see.

Congratulations to Tory on being named our overall winner!

Follow in Tory’s footsteps and enter in our current main international contest, the Winter 20116 screenwriting competition RIGHT HERE! Don’t forget that you can still get free entry to the Winter contest by ordering one of our consultancy packages – Judging Feedback for just $99, and Studio Consulting (only $129), with in-depth feedback from Development Notes at only $199!  And at a unique price of $399 you can get up to an hour of consultancy from a top studio executive with our Elite Consultancies. Our Deluxe Package is also available. The Deluxe Package consists of Development Notes, Studio Consulting and free entry to the Winter contest. And, of course, you’ll also be entered into the Featured Script of the Month automatically for no extra cost, too!