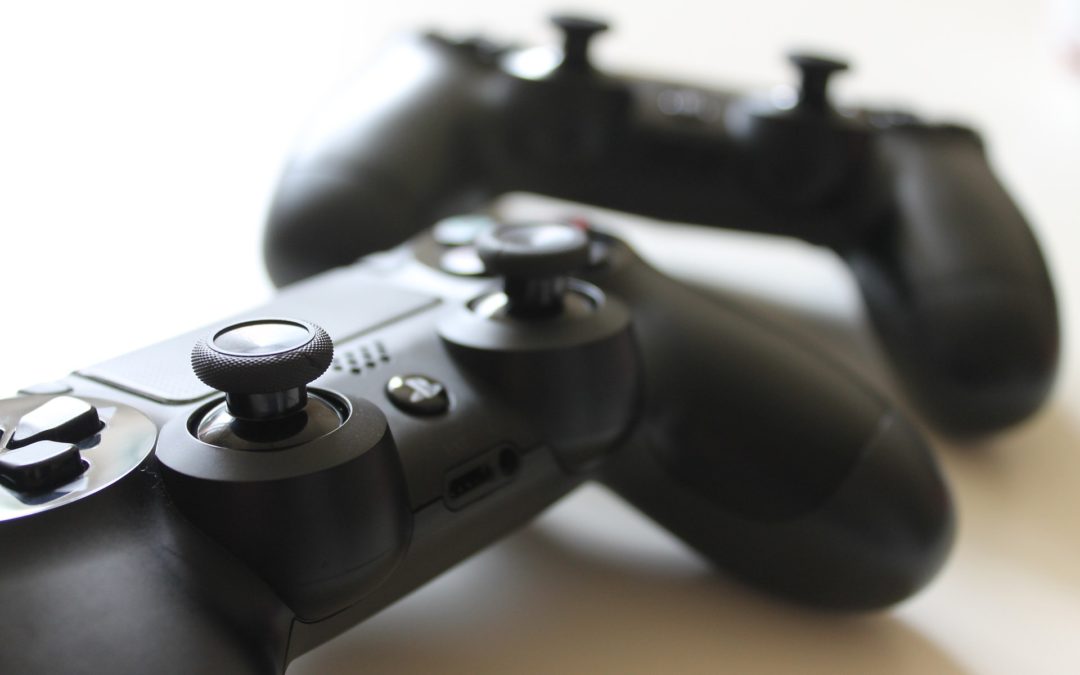 Video games are a massive market for writers to explore: the recent RED DEAD REDEMPTION 2 made £725 million in its first weekend and shipped 17 million copies in two weeks – the largest opening weekend in the history of entertainment! If you want to get into this market as a writer, this article is for you…

Video games might be lucrative, but it’s not always easy to figure out all the terminology means. If you don’t know the difference between an FPS and an RPG, or an emote and a cutscene… Well, you certainly wouldn’t be the first!

That’s why Mark Brendan, our Elite Consultant for video game writing, is here to help. Mark has put together a handy guide for anyone who wants to get involved in writing for this new medium that cuts through the confusion and explains what all the terminology means…

FPS = First Person Shooter
An extremely popular style of game where the perspective is first person, as if through the eyes of the ingame character. Sometimes nothing of the character is visible, on other occasions hands with weapons are visible and the player can see some of their body when they look down, or press to interact with ingame objects. Shooter refers to the style of the game play – the gaminig is predominantly fighting with ranged weaponry.
Call of Duty, Bioshock, Half-Life

RPG = Role-playing Game
While the FPS is predominantly concerned with fast-paced action, an RPG takes longer to unfold. There are likely to be action sequences, often combat, sometimes challenges such as climbing. The player will gnerally be required to have much more of a relationship with the ingame world than in an FPS. To advance the player will need to talk to NPCs (Non-Player Characters), find and use objects, and solve puzzles to advance. While an FPS often makes the main character invisible, most modern RPGs allow extensive modification of the player’s character to customize it to their own preferences.
Fallout 3, Oblivion, Mass Effect

Third Person
In a third person game the player can see the character they are playing onscreen. The action is viewed as if from behind the character’s shoulder.
Prince of Persia, Uncharted, Tomb Raider

Cutscene
A cutscene is a non-interactive section of a game. This is generally used to tell story and to set up the key gameplay points for the next level i.e. Get to that bridge!

Scripted Event
A scripted event is an interactive cutscene. Here the player retains control while an event they don’t control such as a building collapsing, a plane flying by, or someone appearing on a balcony takes place.

Ingame/Level dialogue/Barks
This is dialogue that happens during the interactive sequences. The player will retain control as they hear pedestrians talking as they walk by, enemy soldiers calling orders, or companions calling warnings.

Emotes
Emotes are sounds rather than words such as a scream, a grunt, the effort sound of lifting; these are emotes rather than lines.

Player Activated Dialogue
Dialogue which the player triggers themselves by pressing to interact with characters in the game.

Player Character
As the title infers, this is the character the player controls. There can be numerous player characters in the game and the ‘character’ can lack many of the key things that define a character in other fiction (backstory, personality, etc.)

With any luck, you’ve now got a better grasp of the gaming terminology a writer needs. If you really want to take your writing to the next level, we’d recommend get Elite Mentoring from Mark Brendan himself!

Take a look at Jamie White’s thoughts on writing for video games too in this article, where there are plenty more hints and tips to be found!

This is a great time to be getting involved in writing for video games; WriteMovies is still looking for scripts for both films and games to be directed by 2x BAFTA winner and 2x Oscar nominee Habib Zargarpour, too, which can be submitted to our Winter 2019 Contest.