“One man’s life touches so many others, when he’s not there it leaves an awfully big hole.” IT’S A WONDERFUL LIFE is a perennial festive rewatch for a lot of families in the holiday season, and after the events of 2020, its themes have become even more relevant than ever. Jake Morgan discusses why that is – and what screenwriters can learn about writing Christmas movies… 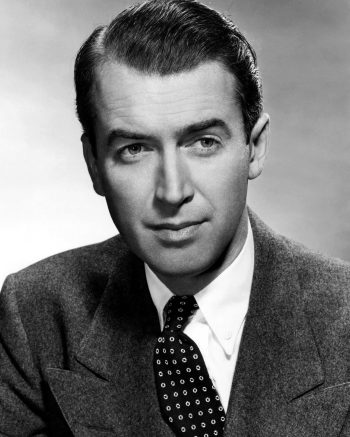 For anyone who hasn’t seen it (what cave have you been living in?), IT’S A WONDERFUL LIFE is the story of George Bailey (James Stewart), who as a boy was once full of ambition to go travelling, educate himself at college, and leave the small town of Bedford Falls. However, after an unfortunate turn of events, he instead ends up managing his father’s Building and Loan business and is forced to give up on his dreams.

As things start to go badly for George, he contemplates suicide at a bridge, where is is met by his guardian angel, Clarence. To save him, Clarence shows George the positive impact he has had on everyone’s lives, giving him faith in himself once again.

So what is it that makes IT’S A WONDERFUL LIFE such a strong Christmas favorite? Why do so many families tune in to watch it every year? The answer lies in the film’s themes, which are perfectly interwoven with its story.

With such themes as friendship, family, and kindness, IT’S A WONDEFUL LIFE treads the same ground as a lot of other Christmas movies. However, few deal with them in the same way. The themes are so relevant to the story that it literally couldn’t work without them: the entire premise involves Clarence restoring George’s faith in himself and others, and reminding him of the value of the things in his life.

However, the main way the film distinguishes itself is by not shying away from darkness. It revolves around a moment where the protagonist thinks of ending his own life, and it’s hard to imagine how much darker a Christmas movie could go than that without losing its vital “feel-good” elements. Many other Christmas movies wouldn’t even go near this kind of subject matter.

But by having such a dark moment, it really emphasizes how good the other moments are. The positive themes are put into their full context. Because we are shown how bad things can get, we understand why it’s so important to hold on to the things that matter about Christmas.

IT’S A WONDERFUL LIFE is so popular because it doesn’t try to sugarcoat things, as many other Christmas movies do. Its themes are not more original than other films of the genre, but they’re presented much more powerfully. And as we come to the end of 2020, they’re more powerful than ever.

Its prevailing theme of friendship, shown throughout as George constantly performs selfless acts to help others, has never been more relevant. People have had to make sacrifices this year, especially with a lot of people struggling without seeing their friends or family. Yet IT’S A WONDERFUL LIFE reminds us that even in the darkest and most difficult times, there are always people who care about us, and how kindness can affect people’s lives drastically, even if we can’t always see it.

After this unfortunate year, we have all suffered. IT’S A WONDERFUL LIFE is heart-warming and emotional, but it’s also a reminder that in the very hardest of times, kindness, friendship, and happiness are the most important things we can offer each other.

Merry Christmas from all the team at WriteMovies!