The winner of our Winter Contest is an action-packed cyberpunk epic, chronicling William Shakespeare’s interpretation of the rise and fall of ancient Rome: WHEN IN ROHM by Vanisha Renée Pierce!

Vanisha has won our Grand Prize of $3500, plus a year of free script development worth up to $3200, guaranteed pitching to industry, and more. See below to find out more about WHEN IN ROHM and its writer.

Give yourself the chance to win these same prizes by entering our Spring Contest! Alternatively, you can submit to our Sci-Fi and Fantasy Award, which gives you free entry to the Spring Contest as well as having even more prizes on offer!

Here’s what WHEN IN ROHM is about:

Rōhm: a cybercity and fledgling empire modeled off one of Earth’s most formidable ancient dynasties.

Here, the Gods sleep. Mortals are controlled by F.A.T.E. cards, pre-destiny programs designed by the three Parcae themselves.

At Rōhm’s center sits the House of Sooth: the bane of all mortals and the axis around which the fortunes of gods and men turn. The Soothsayers within it are praised and feared, tasked by the Parcae with fixing Rōhmans’ fates into the stars.

That is until a lone assassin, known only as The Stranger, murders the entire House.

Now Rōhm is a bleeding-edge banana republic, and the Sleeping Gods sleep no more. One of them sends her deadliest immortal hitman- Nemesis- to bring Rōhm to its knees.

Free for the first time, the Five Patrii syndicates of Rōhm, a wayward bounty hunter, and an investigator will decide whether to serve the gods and Rōhm… or abandon both in a bid for ultimate power. 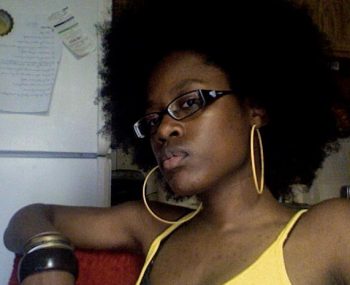 And here’s a quick bio of WHEN IN ROHM’s writer, Vanisha Renée Pierce:

Her published works include The Books of Ezekiel novel series, The Camille, EverDark, and she’s currently working on the first novel of her brand new BIPOC survival horror series, Surrogate.