The Grand Prize winner from our Spring Contest is an epic tale of the Mexican War of Independence, telling the story of how an American slave became a leader in the fight for freedom: THE BANNER by Ernestina Juarez!

Ernestina has won our Grand Prize of $3500, plus a year of free script development worth up to $3200, guaranteed pitching to industry, and more. See below to find out more about THE BANNER and its writer.

Here’s what THE BANNER is about:

The year is 1810 and the winds of revolution are stirring in Mexico. Brutally oppressed by their Spanish leaders, the people turn for leadership to Father Miguel Hidalgo, an advocate of social justice and opponent of slavery.

Caught up in the revolution is American slave Mende, who has come to Mexico with his “master” Nathan. Their mission is to prevent Nathan’s father from losing his plantation to creditors and Mende’s young daughters with it – but when they make enemies of the sadistic Captain Galvan, they instead find themselves marching on Mexico City with Hidalgo and his republicans.

Now Mende faces a choice that will affect not only his own family but an entire nation: to step forward and become a leader in the struggle for a free and independent Mexico where all men can be free… 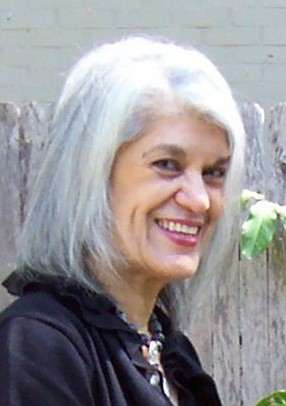 And here’s a quick bio of THE BANNER’s writer, ERNESTINA JUAREZ:

Tina Juárez was born in Carrizo Springs, a rural south Texas town a few miles north of the Rio Grande. Because of her love of languages and literature, Tina majored in French, English and Spanish at Texas A&M University at Kingsville. While there, she met and married her husband Will. They have one son.

Pursuing her interest in the history of Mexico and the United States, Tina undertook to write historical fiction in hopes of bringing alive in an entertaining way little known events in the histories of both countries that had a profound effect on relations between the people of both countries. She had two of her novels published by Arte Publico Press of the University of Houston.

Tina has endeavored to learn the craft of screenwriting and in 2018 her script, LABYRINTH OF DESTINY, was named one of ten finalists in the 2018 Academy Nicholl Fellowship program. She is very honored that another script, THE BANNER, based on events related to the birth of the Republic of Mexico, has been selected as the Grand Prize winner of the 2021 WriteMovies Spring Screenwriting contest.