Second place in our Winter Contest went to a gripping sci-fi TV pilot in which mysterious events put the International Space Station in danger and change the very face of reality: REVELATIONS by Johnny Gilligan!

Johnny has won a year of free script development worth up to $3200, guaranteed pitching to industry, and more. See below to find out more about REVELATIONS and its writer.

Want to win these kind of prizes? Don’t forget that the standard deadline for our current contests is this Sunday, April 11th! The Spring Contest also has a Grand Prize of $3500 – and you can get free, automatic entry to it when you also submit to our Sci-Fi and Fantasy Award!

Here’s what REVELATIONS is about:

REVELATIONS is a serialized 1-hour Sci-Fi drama about a disgraced meth-addicted mathematician, ERIE THOMAS (40s), who is re-enlisted by NASA to investigate a mysterious deep space event that thrusts the International Space Station (ISS) and the astronauts on board, including his sister, into perilous danger.

Erie comes to the earth-shattering conclusion that the Speed Of Light (c) has changed which sets in motion a series of disastrous events on Earth. The “How” and “Why” of this change leads him to visit a strange reality on the planet Mars called the “BR”.

The show jumps between the world of present-day NASA and this Mar’s BR as Erie frantically tries to redeem himself in the eyes of his sister, his co-workers and himself, by understanding, stabilizing and ultimately curating the link between these two worlds. 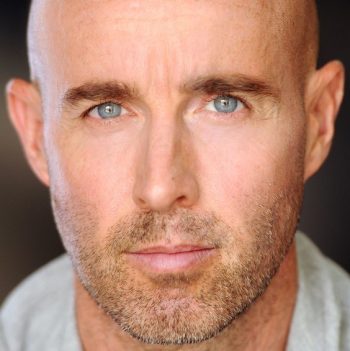 And here’s a quick bio of REVELATIONS’ writer, JOHNNY GILLIGAN:

Johnny is an Irish born Silicon Valley coder turned actor/TV Dirty cop. He grew up in Ireland, the proud son of physically disabled mother who herself was the daughter of an Irish cop. He idolized his grandfather and wanted to follow in his footsteps, but his father said he was too good at math to become a cop. So, Johnny became a software engineer…

Disowned by his father (!) it was as an actor that Johnny realized his dream of being a cop, albeit mainly nefarious ones. Before she passed, Johnny’s mother encouraged him to write. He did. And he loved it. So, Johnny became a screenwriter…

Now, two years later, Johnny has five 1-hr TV pilots under his belt, a bunch of major screenwriting competitions wins/placements and is #1 on Coverfly’s Red List.

Armed with a tech background, his Irish heritage and criminal acting tendencies, Johnny wants to create a Sci-Fi crime show with leprechauns. Wait. Strike that. No leprechauns.