It’s tougher than ever to predict the future of our industry in these uncertain times, and that’s why it’s also more important than ever to keep an eye on what scripts are selling. If you want to know if your script will succeed, you need to look at what producers are interested in right now – so here’s our pick of script sales from October 2020. 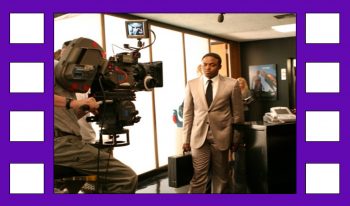 Several stories about potential vaccines have hit the news lately, with promising results seen from early tests. Unsurprisingly, a lot of people are starting to think about life after the pandemic as a result – and getting productions started again.

But while producers are always trying to think ahead and anticipate what audiences want, the pandemic has radically changed the landscape, and not just in practical terms. 2020 has taken its toll on people and altered the kind of entertainment they’re most looking to consume in the near future.

We think it’s likely there will be an interest in feel-good movies after this difficult year – which is why we think this the perfect time for our new Romance and Comedy Award, which is open until January 17th! This is the time to be preparing for these kind of productions especially.

Of course, there will still be plenty of interest in other genres. Horror always has a strong following, and the disappointment seen on the internet in response to the delay to DUNE shows that sci-fi and fantasy aren’t going away any time soon. We’re always on the lookout for VFX-driven scripts on behalf of the directors we work with, and we’re hopeful that these kind of projects can get back to filming more easily next year.

The script sales from October 2020 bear out our thoughts, and you can see how producers are thinking at the moment. If you want to get your project into their hands, don’t forget that we pitch all our winners to industry – enter our Winter 2021 Screenwriting Contest or Romance and Comedy Award today! So here’s our pick of the October script sales as reported by Script Pipeline.