Taking third place in our Fall Contest was a female-led crime drama in which a professional thief must contend with both the mob and the challenges of her complex family, and which particularly impressed us with its fantastic characters: MAKE THE WEATHER by Tom O’Connell!

Tom has won a year of free script development worth up to $3200, guaranteed pitching to industry, and more. See below to find out more about MAKE THE WEATHER and its writer.

If you want a shot at winning great prizes like these, make sure you enter our current contests. The deadline for our Romance and Comedy Award is fast approaching on January 17th, and submitting will also give you free entry to the Winter 2021 Screenwriting Contest!

Here’s what MAKE THE WEATHER is about:

Stasia Hanlon, along with her half sisters, Grace, Eve, and childhood friend Roxanne, shoot their way out of a daring daylight bank robbery, escaping from the police with a safe deposit box.

But when Angelo Barone, a local gang leader, emerges as the owner of the stolen safe deposit box, she realizes they’ve inadvertently stolen from the mob. With no other options, Stasia agrees to run heists for Angelo until her crew has worked off its debt.

Her father Mickey, a retired safecracker, helps her navigate the criminal underworld. The Hanlon’s mixed race family dynamic is exposed through a series of overlapping flashbacks, ranging from 1950s Hells Kitchen, to 1970s Las Vegas, to Los Angeles present day.

Working for the mob is always dangerous, though – and it’s not long before a disagreement between Angelo and Stasia leads to violence and betrayal… 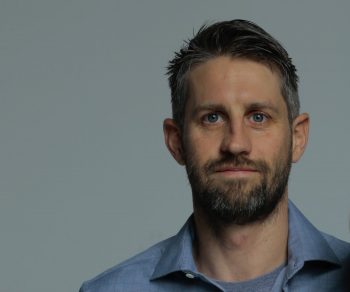 And here’s a quick bio of MAKE THE WEATHER’s writer, Tom O’Connell:

Tom O’Connell has spent the past decade working in the film industry as a producer in both New York and Los Angeles. He grew up on a standard 1980s diet of Schwarzenegger movies and Guns N’ Roses cassette tapes. While he’s always written in his spare time, MAKE THE WEATHER is the first script he has submitted in competition. He is both humbled and honored at the recognition his script has received, and is eager to develop it into a kickass feature film.