A unique take on a classic story – the Grand Prize winner from our Winter 2020 Writing Contest is FRANKENSTEIN UNLEASHED by Neal Wiser!

Neal has won $2000, a year of free script development worth up to $3200, guaranteed pitching to industry, and more. See below to find out more about FRANKENSTEIN UNLEASHED and Neal.

We’re also working alongside our second place winner, BK, to develop his feature legal/crime drama script COMMUNITY RESOURCES into a TV series. Keep an eye out for more news about that in the future.

Here’s a summary of FRANKENSTEIN UNLEASHED:

Years after the virus he created kills his wife and millions of others, Vik Frankenstein is a shell of his former self. Ridden with guilt as his body decays, he can only stay alive by harvesting organs and limbs from the dead with the help of his brother.

After a botched attempt to buy body parts from a local crime boss leaves him with days left to live, Vik must reach out to famed scientist Johan Kemp, his former partner, for help. Unfortunately, Kemp has his own plans.

Meanwhile, Police Detective Clerval is investigating the carnage left over from Vik’s ill-fated deal and finds evidence that leads her back to him. Clerval, who previously incriminated Vik for his wife’s mysterious death, is determined to bring him to justice.

As Clerval closes in, Vik is increasingly desperate to save himself, find a cure, and take down Kemp, who actually unleashed the virus in order to make billions from an antidote… 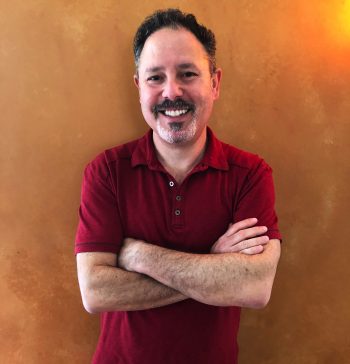 Neal is a TV writer of one-hour sci-fi/suspense/action dramas with depth, heart, and a touch of humor. He tells cautionary tales that are in tune with the zeitgeist and puts his characters through Hell (but they thank him later — if they survive). He also writes features, one of which is scheduled to start pre-production soon.

Professionally, he has been a PA/WA at Paramount/ABC/UPN, Assistant at ICM, and Assistant Art Director on Space Jam, and occasionally teaches Screenwriting at Drexel University in Philadelphia.

He is also a member of the ISA’s Development Slate and his short story “T Wins” was recently published in the Twin-themed anthology “The Twofer Compendium” available on Barnes & Noble online (https://www.barnesandnoble.com/w/the-twofer-compendium-ruth-littner/1136304169), on Kindle and Amazon – https://www.amazon.com/Twofer-Compendium-Ann-Stolinsky-ebook/dp/B082T3NWRS/.