We continue our series of ghostwriter profiles today, giving you an insight into how our screenplay ghostwriting service works and the skills our ghostwriters have. The next writer to be profiled is Simon Bowler! 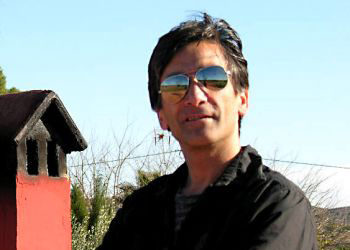 Profile: After graduating in Film and TV from the University of Westminster, London, Simon wrote and produced at BBC World Service Television.  He then produced, wrote and directed feature documentaries for Channel 4 and The World Bank. He produced the acclaimed mockumentary feature film Man of the Year. He returned to television to produce, direct and write multiple shows for Channel 4, the BBC, ABC, PBS, Discovery, Oxygen, Bravo, and Friends of the Earth.

He worked with Michael Philips (the producer of TAXI DRIVER, CLOSE ENCOUNTERS OF THE THIRD KIND, THE STING etc.) in script development on MIMIC and The LASY MIMZY, and then with George Hickenlooper (MAYOR OF THE SUNSET STRIP, HEARTS OF DARKNESS, FACTORY GIRL, DOGTOWN etc.) on the structure and edit of his Starz series, HICK TOWN and with on CASINO JACK, starring Kevin Spacey, which had a scene of Simon meeting Jack Abramoff.

Simon is regarded as one of the best interviewers in the business and he has written award-winning screenplays and theatrical plays. He is currently working with Derek Gibson (the producer of TERMINATOR, THE LAST EMPEROR, PLATOON, HOOSIERS, etc.) on Simon’s screenplay, INSURRECTON, and his play, FORGER, is to be produced at the Riant Theater in New York.

Testimonial: “Simon is totally dedicated to his craft. He always brings the right measure of creativity and objectivity to help move projects forward from development to final draft. Simon has an impeccable style and grasps easily all the nuances of the characters. He interacts well with a number of associates and is always willing to expand beyond his boundaries in order to seek the best results. Simon always acts as a consummate professional and gives his total commitment. His classical education and the many layers of his experiences form a strong basis for his aptitude as a writer.” Derek Gibson, Producer. (TERMINATOR, PLATOON, THE LAST EMPEROR, HOOSIERS)

Does Simon Bowler seem like the right person to turn your story into a screenplay? Contact us today at info@writemovies.com or find out more about our ghoswriting service by clicking HERE!