After receiving an Honorable Mention in our Winter Contest, the third placed script from our Spring Contest has kept getting better and better, and shows why you should always keep working to improve your script: FULL CONFESSION by Michael Mack!

Michael has won a year of free script development worth up to $3200, guaranteed pitching to industry, and more. See below to find out more about FULL CONFESSION and its writer.

Here’s what FULL CONFESSION is about:

Reverend John Stevens, a black Episcopal priest in his second career, moves between two worlds: one white and privileged, the other black and poor. These worlds collide after he hears confession from a killer’s accomplice and discovers the existence of a secret hate group that has infiltrated the police.

When the accomplice is murdered, John finds himself at the center of a conspiracy. Now he must fight to expose the group’s criminal operations before he too can be silenced… 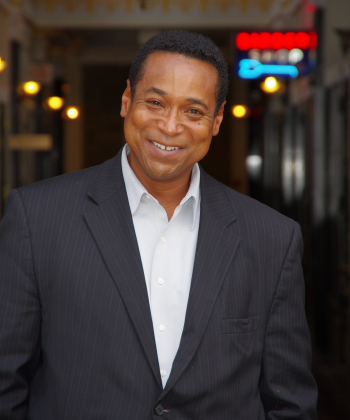 Michael’s scripts have placed in several competitions including the Nicholl and Shore Scripts’ TV Pilot Contest. His acting credits include Dr. Quinn: Medicine Woman, Head of State, House of Cards, Star Trek: The Next Generation, and The Young & the Restless. He plays the voice of Cyrus and other Redguards in Elder Scrolls games. His film The Drum Major was an Official Selection of the Amnesty International Human Rights Film Festival in 2010.

Michael has an undergraduate degree in Theatre from Skidmore College in Saratoga Springs, NY. His studies included American History, Anthropology, Archaeology, Religious Themes in 20th Century British Literature, and Social Theory. At Wesley Theological Seminary in the Nation’s Capital, he was a Bishop’s Scholar and an Urban Ministry Fellow.