Finding Your Voice – Part One

How to give Producers, Executives and Publishers what they say they want

When they’re answering questions about what they’re looking for in a script or book, you’ll often hear producers, execs and publishers claiming that the vital quality they look for in writing is the unique voice of the writer. I’ve heard this one a lot, and even when asked what they mean, they’ve rarely given any kind of definition to help writers go away with confidence of what they need to do.

But I read hundreds of scripts a year, watch plenty of productions in lots of genres, and help other writers improve their work every day. So here, I think, is a useful definition of where a writer’s voice comes from in their writing, and how they can “own it” and come across as unique and commissionable. 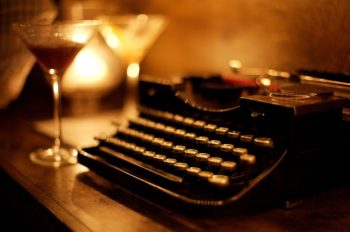 Firstly, it’s vital to recognize that all stories show us an aspect of life – hopefully an important or stimulating/entertaining one. (Why does nature reward us with laughter for recognizing things that are counterintuitive, ie funny? Because it’s stimulating and therefore expands our understanding of the world – which better equips us to survive and thrive in it. Comedy is not frivolous, it’s vital.)

So, recognizing the aspect of life you’re exploring in your story, can be expressed in one simple sentence:

“It’s about how life can be (funny/perverse/brutal/arbitrary/beautiful/whatever!)”

You should be able to pick a word or phrase to finish that sentence, which encapsulates the theme, tone and underlying logic of what kinds of thing happen in your story and why they happen. This is a key tool in focusing your script – to ensure that everything that’s in it shows clear choices by the writer which each reveal different, important and often subtle features of that aspect of life which they’ve decided to explore.

What choices you make, and how you present them (i.e. your style, another little-understood word that is often used by producers, execs and publishers), gives your writing its voice.

Stay tuned for the second part of this article, in which Ian goes into ever greater depth about a writer’s voice, the moral of a story, and how to write a great ending…