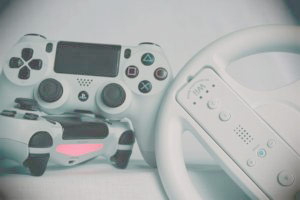 Our new contest is almost here! And before we announce it we want to draw your attention to our NEW special prize… with the first of our new series of articles about WRITING FOR VIDEO GAMES by Jamie White.

I love gaming. It’s one of the few ways that I can truly turn off from the outside world, and relax… well, mostly (Fifa and Overwatch have given me my fair amount of stress!) Even watching films I can’t fully switch off. Maybe I’ll notice some blatant exposition for no other reason than to be exposition, or I might simply note to myself “shot, reverse-shot, shot”.

Gaming Is different, though. I become fully invested in the protagonist and their story because, as silly as it sounds, I AM the protagonist. It’s my story. I am experiencing these things because I am controlling this character freely and the character’s progression depends entirely on my own.

I’m sure I’m not the only one who has this same experience… and it’s great that we are now accepting video game submissions! So, I decided to look at a few games and note down how you can take similar aspects into writing your own video game script… 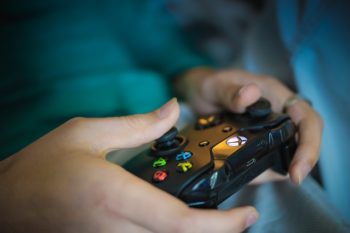 Online multiplayer games are incredibly popular and are possibly the most profitable type of games as it offers a unique element of competitiveness to them. You can actually test your true capabilities as a player. Now, this “loot box” fiasco has taken some glory of these types of games (sarcastic clap for EA) but these are still viable games.

For me, the one gaming franchise that comes to mind when you talk about online modes being more important that the story is Call of Duty. While the golden age of CoD has faded, with some ridiculous and over-zealous stories, they continue to be popular. Why? Online modes. Whether it’s a straight-up team deathmatch or the infamous “CoD zombies”, Call of Duty games continue to sell for their online games modes.

But they still contain story campaigns, and rightly so. They may not be the main draw of the games now, but they’re still vital elements to their marketability. The way these games utilize their stories could also be the easiest way for new video game writers to get involved with the medium.

Note: I haven’t played a Call of Duty game past Black Ops, so I’ll be mostly referring to Modern Warfare 1 & 2, World at War, and Black Ops itself.

Now The way the stories work in these types of games is fairly simple. There’s one narrative (maybe two) that goes from A to B – much like a regular, linear screenplay. The difference is the scenes of this type of video game script would be HUGE. You should treat your scenes like levels in a video game (sounds obvious, but it really is the best way I can put it). The levels won’t last 10 seconds like some screenplay scenes, but closer to 10 minutes, and probably even longer. Check out this video of the first level to Call of Duty: World at War.

That opening is close to two minutes long – that sets up the premise of the entire game. There’s another “cutscene” that acts as an intro to the level itself – another 30-40 seconds there. That means the level itself is around 10-12 minutes long. Consider that a scene for your video game script and compare it as a regular feature script scene – that’s a huge difference. Saying that, that’s the only real difference. Take note of how certain NPCs (non-playable characters) only appear or act when the player is close by – see how that would be scripted? It’s very cinematic. Very filmic.

If you’re new to video game writing, you should definitely take this sort of approach.

Next, I’ll look at a couple of games where the narrative is imperative but gameplay takes a backseat, and how that could be much more complicated than this method.