Writing For Video Games Part 2: All about the story

With the recent arrival of a new Elite Mentor joining the team (one who specializes in video games), Jamie White continues his look at how you can be successful at writing for video games. 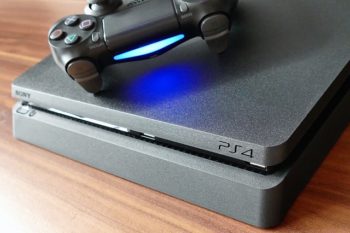 After looking at the linear narrative to the Call of Duty games last time, I thought the next step would naturally be to look at games with an over-arching narrative, but with hundreds, maybe thousands, of variations and combinations.

For me, the story is almost always more important than gameplay. Of course, there are various examples where it’s the other way around (looking at you Bloodborne) but the story and characters are the most important thing in video games, as they should be for any medium.

And so, that’s why I love TellTale games, Life is Strange and Heavy Rain. These games can be played by any kind of noob, by a child, or even your dog. These types of games mostly rely on you just pressing buttons to choose one of four dialogue options or performing “Quick Time Events”. I’d hesitate to even call them games – more like… interactive movies. And you know what? That’s fine with me.

But these types of games are much more difficult to write than the linear narrative of Call of Duty or the Injustice games. Looking primarily at TellTale, they employ an episodic format for their game releases. So, The Wolf Among Us will have 5 episodes, or their Game of Thrones game will have 6 episodes, which are released every 2-3 months. But the seemingly impossible task comes from the amount of choice you have within these games. Choosing from 4 dialogue options is no exaggeration, and there will be a LOT of conversations throughout the game – sometimes they force you to make a choice (to kill one guy or another, to burn a magical tree or not).

The secret with these type of games, though, is the choices and dialogue options don’t really matter. They give the player the “illusion of choice”. So, you can easily write the basic outline of the plot, then go back in and decide where you want to have multiple dialogue options. Go back and write in a QTE as you would an action scene – but remember, the player can mess these up, so you’ll need at least two outcomes for each action the player does (or fails to do).

Check out this video to the opening of TellTale’s The Wolf Among Us. This is the very first thing the player does. It’s a great intro to both the series, the game, and the game type.

Just a warning there is some violence, swearing, and a talking frog in this video. So, you’ve been warned.

I chose The Wolf Among Us for a couple of reasons. A). I love it. I love the story, the concept, the tone, the themes. It’s brilliant. Go play it, or at the very least, watch the playthroughs. It’s worth it. B). It showcases really well all the elements of a “Branching narrative” game.

Just note how many multiple-choice options there are, how many places the player can actually screw up. Then think about all the potential consequences and outcomes to each different dialogue choice or failed action. There’s a lot, right? 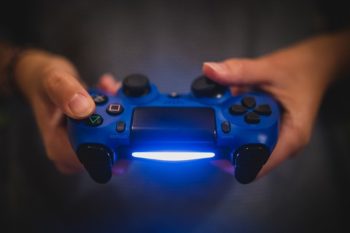 The best advice I can think to give if you want to write this type of video game is… How would you (as an individual) find it easiest to write this opening scene from The Wolf Among Us? There’s no right answer. You can use Celtx (format it as you would when two people talk at once, then do the same for the replies), or Excel (put each dialogue/action option into a separate cell), Word, a flowchart. Whatever you feel would be the most efficient way to map out multiple dialogue and action options FOR YOU, is the right answer.

And if you feel a little overawed by this task, take a look at the time of the video linked. It’s just under 2 hours. Almost  like a film! The episodic format of these types of games allows you as writers to use episode one as a learning curve. You find out the best way you write this type of game, take a break, then get going on episode two.

Next, I’ll look at open world sandbox games, tell you to stay away from writing things like Skyrim, and why make your own adventure novels could be an inspiration for writing these types of games.