Why Humans are now the Bad Guys in the Movies!

In films such as AVATAR, THE PLANET OF THE APES, and even the recent BLADE RUNNER 2049, not to mention TV series like WESTWORLD, we are starting to see that more and more humans as bad guys. In cinema’s constant hunt for new villains, stories reflect how we’ve banished the monsters and hazards from our real world, only to find our worst demons in the mirror and deep inside ourselves.

But why are big Hollywood companies risking hundreds of millions on films where the main villain is, well, us? Why would they risk it all, on us paying to go and blame ourselves for what’s wrong in their fictional worlds? Cinemas are usually the place we go for escapism – to get away from what’s happening on the news. If people are causing so much bad news, why would we want to see that amplified on screen?

In AVATAR, we enter an idyllic eco-topia where all nature – however scary – turns out to be symbiotic, and the threat comes from the human invaders who are determined to ravage the planet for its resources. Our protagonist is human – but lives most of his life in the film as a Nav’i and joins with the planet’s forces against the humans.

In the most recent PLANET OF THE APES trilogy, the human-centric story of the 1968 original – which saw humans struggling to survive in an society ruled by apes – is not merely discarded but inverted. We now find ourselves primarily following the ape CAESAR, who fights to lead his people to safety in a world where they are hated and feared by human beings.

And in BLADE RUNNER 2049, Ryan Gosling’s character – like Harrison Ford’s before him, we finally confirm – is the latest in a long string of replicant assassins employed to kill his own kind, to protect humans from the repercussions of their own creations. The story’s sympathies are clearly with the replicants, not the humans, taking the established Blade Runner theme of ‘what it means to be human’ to a new level. 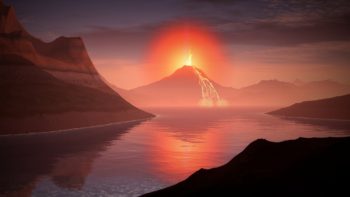 Just watch a news broadcast, and ask yourself ‘who are the villains here?’, and ‘what’s causing the problems here?’. Apart from earthquakes and volcanos, you’ll usually only get one answer: people. Even when the problem is ‘nature’, like fires and hurricanes, we’re slowly having to admit that actually yeah, we are making things worse, putting ourselves in the firing line when we could live in safer places, and even causing many problems in the first place. A constant flow of research articles and bad-news stories tells us that we humans have enormous influence over the world around us, even if we can’t control it or ourselves.

This is reflected – unsubtly – in AVATAR. Like the earthly colonialists of recent centuries, the humans in AVATAR arrive under the guise of exploitative “trade”, backed up by formidable military intent. Like Vikings and colonialists of our world in past centuries, they are determined to get their way – whether peacefully or by violence. They come to a thriving tropical word, and pillage it for their own needs – sound familiar? The devastation caused by the humans is felt equally by the native species, the animals and even the plants, and this causes some humans to change sides and help the victims, like how people today try to help ‘save the rhinos’. The rest of the movie is totally told from the side of the natives, who our protagonist joins and even becomes.

In the news, we’ve also seen the tribal biases of the past starting to give way to a more balanced view. News stories used to put us solidly on one side of the important divides of the time (humans good, nature dangerous; ‘Western countries’ good, ‘Eastern countries’ bad; ‘civilization’ good, ‘primitive’ cultures bad…). But decades of peace in most of the world have given us the time to take a better look at ourselves, instead of ganging up together against the ‘other’. In fact, these days the news agenda and emphasis is mostly on the victims of war, crimes and abuse (such as sexual harassment or other cruel things done by ‘bad people’ to ‘innocent people’), and we’re much more suspicious than supportive of our leaders and politicians.

In most countries, the news media now is much more likely than before to take the side of victims, and even to fight to tell their story, rather than helping governments and powerful people cover up their abuses and mistakes – even if it often takes famous cases to bring much more widespread everyday abuses into the public eye, such as the Hollywood sexual harassment revelations focusing on the “big name” perpetrators and victims. In the past, history was always written about ‘great men’ who dominated their times. But these days, we emphathize more with the victim than the powerful aggressor. Filmmakers are using this angle in their films to reflect this concern by giving center stage to the victim of a story as opposed to whoever is causing the damage.

Top filmmakers will take the element of escapism and use it to reflect what is going on in the real world. They’re just tapping into the underlying messages behind our modern world and the news we consume every day. These films work because they tap into what we’re preoccupied with, what we now recognize, or think we understand, about the real underlying logic of our world. Filmmakers and production companies have to respond to our modern fears, expectations, preoccupations and feelings in order to tap in to them, get ahead of the curve, and create a cinematic experience that will stick with us. People who aren’t interested in GAME OF THRONES mostly assume it’s ‘just a fantasy story’, when actually it takes the world of fantasy and spins it, to tell vivid stories about some very modern preoccupations – female empowerment, and the brutality of fate – that they’d probably be a lot more interested in.

Why, though, are we happy to go see a film that villainizes humans rather than the aliens or monsters of past films? Well, nowadays people are more open minded than we used to be – peace makes that possible. Where we used to see other cultures as dangerously different, we can now recognize them as the victims of our own culture and values.

THE DARK KNIGHT trilogy mostly works well as a piece of superhero escapism and a reflection of our fears of domestic chaos and terrorism. AVATAR succeeds with its outlandish sci-fi setting and the eco-allegory about rainforests and nature in a symbiotic but fragile harmony.

So, like us, many Hollywood and filmmakers have recognized that humans are the problem – that we are the only real bad guys in this world, now we’ve crushed the monsters and natural environments that created so many threats to us in the past. They are now using this to tell stories from the point of view of humans’ victims, to create compelling stories where we can empathize with the characters victimized by people like us, and recognize the demons and drives within ourselves that cause problems for others in the world.

Then again, maybe it’s just because humans have got so powerful in our own world that we don’t have many other places to turn when we’re looking for villains and excuses for blockbuster mega-stories. Either way, it works.