Why Hollywood is ready for subtle storytelling at last. Part 1: Shedding some MOONLIGHT on subtle characterization and storytelling.

Watching several of the most acclaimed movies of the last year, one thing that really stood out to me was how subtle and low-key they were. MOONLIGHT, MANCHESTER BY THE SEA, and ARRIVAL have a lot of differences, but they’re all more subtle scripts than we’re used to seeing at the cinema. Their success points to a new willingness in Hollywood, critics and audiences for subtle storytelling – as long as the subject matter is deep enough to deserve it! At WriteMovies we’re pleased to see this happening – and we think that the kinds of script we back and pitch can benefit. 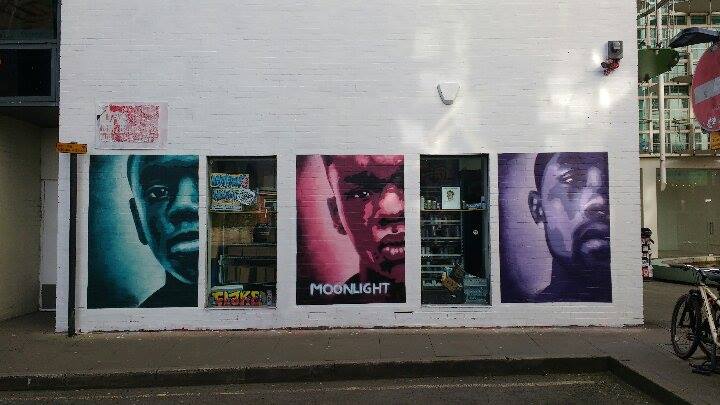 First up, let’s take a look at MOONLIGHT, the winner of Best Picture and Best Adapted Screenplay at the 2017 Oscars. This is a low-key story about a gay black character who grows up in Miami. The protagonist of this three-chapter story behaves in a quite withdrawn way – his unwillingness to speak for himself is the most vital character trait.

Similarly to how the same quality characterizes the protagonist in THE KING’S SPEECH, this reticence represents an inability to overcome his personal demons, as well as his closeted homosexuality. However, in THE KING’S SPEECH, King George VI can speak, just not that well, but MOONLIGHT often doesn’t even go that far.

The film begins with a lengthy period with our protagonist as a boy, known as Little. Little is taken under the protection of a local drug dealer, after he runs away from a group of children trying to hurt him. Little begins the story running away, being taken care of, and not taking care or standing up for himself. In fact, it takes a long time for Little to even say anything, and even then, it’s brief.

This huge silence really nails down the central question of MOONLIGHT. Will Little ever be able to speak for himself, to express what he needs, and achieve his goals as a person?

This lack of dialogue from the protagonist, which notably goes against convention, can result in a passive protagonist. Mainstream story and screenwriting gurus recommend putting the protagonist front and center as the driving force of the story – whereas this film makes a virtue of doing the exact opposite. Even the climax of the film, the main achievement of change in his life is simply that he finally admits to his on-off friend/lover about his feelings, and even this is staged very implicitly. We understand by it that maybe from now on he won’t spend his life living in the shadow, living in in silence. But as far as big plot developments, and character arcs go, that’s about it. Two assaults in the middle of the film – the first against him, the second by him in revenge – are almost the only moments of plot development that are visible, not subtle.

The only part in MOONLIGHT that can be considered “action”, a physical emotional action that is not highly implicit, is when the protagonist is beaten up and finally takes sudden and shocking vengeance against the culprit. This sparks an immediate end to the teenage chapter in his life, and the next time we see him is as an adult, when he is now a full-time drug dealer, his life course set by his previous experiences.

MOONLIGHT’s non-sensationalist handling of drug dealing is one of its greatest strengths. The serious consequences and impact that drugs have on real people is clear – especially in the protagonist’s own mother – but the film doesn’t make judgment on those who pursue this lifestyle and means of income – there is no prejudice against it.

The successful subtlety of this film is perhaps clearest in the climax of the first act. The protagonist finally asks his mentor if he sells drugs to his mother, whose addiction is a major issue in their lives. Little’s mentor acknowledges both of these things. This confirmation sets Little on a new path that will take him away from both his mother and his mentor. This moment of self-determination alienates him further from the people around him, heightening still further his withdrawn personality traits. Once again, this is handled in a subtle and tasteful manner by both writer and director. Proving that subtle scripts can definitely work!

Next: MANCHESTER BY THE SEA – a protagonist who fights to NOT grow as a character!