We are delighted to be able to announce EMILY’S HOUR by Alvin Chua as the winner of our Featured Script of the Month for September for submissions we received between the 1st and 17th of the month – we have chosen to only allocate these dates this time around because most scripts we received thereafter were part of the late surge in entries we received for the Summer 2016 Screenwriting Contest – scripts from the 18th September onwards will be in with a chance of winning our next Featured Script of the Month.

This bonus prize has been created to reward and develop the most interesting script we receive in the previous month (in this case August 2016) and the result has no bearing on the result of other entries to any of our competitions. It was an interesting challenge to pick the most interesting script from such a wide variety of scripts written to a high-quality, but Alvin thoroughly deserves this. For winning the Script of the Month, Alvin receives free Judging Feedback worth $99 plus a free resubmission for a redrafted version of his script, EMILY’S HOUR, to our latest main Competition! On top of that, we will give Alvin and his script the kind of publicity that our previous Monthly Contest winners have received.

Here’s a little info on Alvin: 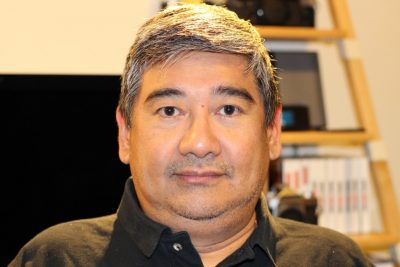 “I immigrated to the United States from the Philippines in 1993. Here, I wrote short fiction and published a few in small circulation magazines. I started writing scripts mid-2014 and started sending features to contests 2015 and 2016.

In the two-year contest cycle, this Featured Script of the Month win in WriteMovies is my first.

However, I advanced to the quarterfinals twice in Page International screenwriting contest and twice in the same category in Scriptapalooza. I was also Second Rounder in the Austin Film Festival competition this year.

Currently, I’ve started writing a novel based on one of my eight feature scripts.”
And here is a brief synopsis of the winning script, EMILY’S HOUR:
Awake for only one hour per day, a lady afflicted with a rare sleeping beauty disease called Klein-Levin Syndrome — enters the cusp of womanhood juggling turbulent relationships with three people that cares for her most: An affianced tutor she had a crush on, an under-aged admirer she can’t brush off, and a worry-wart mom struggling to save their home.