Jai has won a year of free script development worth up to $3200, guaranteed pitching to industry, and more. See below to find out more about HAVENWOOD and Jai.

And don’t forget to enter the WriteMovies Winter 2020 Screenwriting Contest if you’d like a shot at winning these prizes yourself!

Here’s a summary of HAVENWOOD:

Heather Liddell, a former boxer forced into retirement by an act of heroism that crippled her knee, has endured the abuse of her partner, Billy, throughout the years. But on the night that Billy threatens her son, she finally reaches breaking point.

Heather takes the kids and flees, finding shelter at a house recently purchased at auction by a wealthy friend – but it doesn’t take her long to discover that there’s more to the hideaway house than meets the eye. When her friend dies in a strange accident, Heather finds herself with nowhere else to turn.

To make matters worse, a furious Billy sets out to find Heather and the kids. It is in these bleakest of times that Heather must find the strength she left behind in the ring… while also dealing with the dead woman lingering around her home.

And here’s a quick bio of HAVENWOOD’s writer, Jai Brandon: 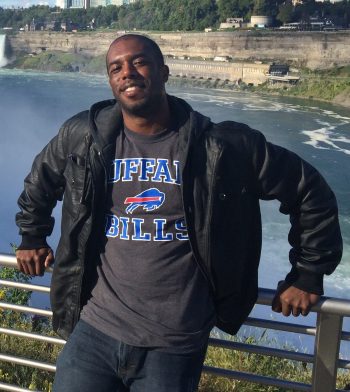 Jai Brandon is an actor, screenwriter, and filmmaker living in NYC. As a screenwriter, he has placed in numerous contests and secured representation from 3 Arts Entertainment after a thriller of his placed in the top 10 of a well-known competition.

Although Jai has since moved on from that manager, he looks forward to sharing his stories and connecting with other like-minded industry folks.

Jai has also produced a couple of short films, on the latest of which he also served as the director, editor, and lead actor.

When he’s not busy acting or writing films, Jai enjoys watching television and movies, listening to music, and getting his heart broken by the Buffalo Bills.