END OF LINE by Paul Howard Hunt – Q&A with our 3rd Place winner!

Want to find out what it takes to be one of our winners? Check out this Q&A with Paul Howard Hunt, who took 3rd place in our Winter Contest and won our Romance and Comedy Award, for insights into how he writes, where his inspiration comes from, and his tips for writers!

If you want to imitate his success, you can enter our Sci-Fi and Fantasy Award today. Submitting to the award also gives you free, automatic entry to the Spring Screenwriting Contest and a shot at the Grand Prize of $3500!

What was your inspiration for writing END OF LINE? 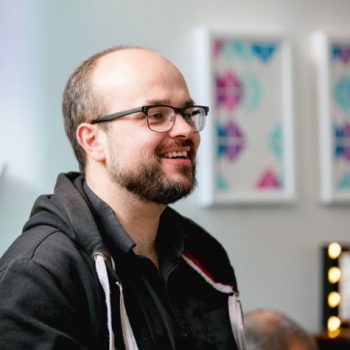 My wife fell pregnant several years ago and I panicked, not about impending parenthood, but rather selfishly about not having any time to write anymore. I felt like I’d wasted a lot of time, and soon I’d have a good six months at least of not writing very much. So in the months leading to my son’s birth, I set out to write a personal story, a calling card if you will. For the first time, I decided to write something for myself. I didn’t consider my audience or who might like it. I wanted to tell a very personal story, to try and deal with something that happened to me during my formative years. It turns out in doing so I found my voice. I’ve lived in Wales all my life but been influenced by Hollywood. I wanted to marry together the ideals of the American indie teenage film, the romantic-comedies the British used to do so well, and a healthy dose of Welsh, grey realism.

Why did you choose to write a romantic comedy?

My main character is fifteen-years-old. When I was fifteen I loved romantic comedies, boy meets girl, boy loses girl, boy wins her back again through a grand gesture, an aiport dash etc. The idea of a chubby Welsh teen being enthralled by this very American idea is ridiculous, not least because my own experience was anything but. I realised that to tell the story of my trauma, the thing that defines who I am today, it had to be a romantic comedy. I had to play with the conventions and tropes of the genre. I thought love was like a traditional romantic comedy but it’s much more like Harold & Maude, Chasing Amy or Me & Earl & The Dying Girl. Also, the UK just doesn’t do coming-of-age stories in the same way as the American Indie scene and I wanted to change that.

It was a story I felt afraid to tell for a long time because it was so exposing. Because it’s inspired by my own experiences, and because I thought about it so much before permitting myself to write it, the first draft took two weeks. Not a feat I’ve been able to repeat since! However, there have been many years of discussions, notes from potential producers, directions and competitions and friends in the industry. It has evolved, I have killed darlings, added little moments and overhauled the whole thing over many years. It’s now at a place where I feel it’s there, it’s ready. 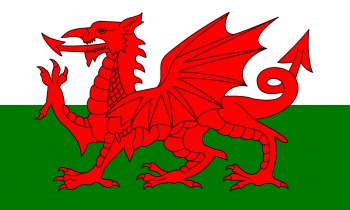 There is a Welsh word that has no direct translation into English – ‘Hiraeth’ (the title of many a Welsh short film). It means a kind of homesickness that encompasses nostalgia, yearning, loss, grief and sadness for who or what you have lost. The idea that your home is no longer the same for what you have been through. End of Line is a filmic representation of me. I realised that the theme of ‘Hiraeth’ encompasses so much of my lived experience; loss, grief, childhood trauma that it now informs all of my writing. I found out who I am, I found my voice with this script.

Find a few trusted friends who will read your script and not sugarcoat the feedback. Write (almost) every day, but don’t pressure yourself. I have a full-time job and a family so I do 1 hour a day in the week and more on the weekend. Don’t re-write based on every piece of feedback, some of it will be useful, some won’t. Listen to the Scriptnotes Podcast, you learn so much about how the rules are there to guide you, not constrain you.