Well, that was unexpected… Another Oscars night to remember, but this time for all the wrong reasons. The glitz and the glamor of the awards became overshadowed by a massive screw up during the Best Picture announcement. But we’ll come back to that. Now that the results are in (unless I have the wrong card, too…) we can take a look at how the night went… I think we all know how it went. 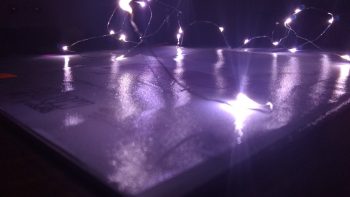 John sheds some light on the Oscars and that Best Picture fiasco.

Starting with the important stuff first: my predictions. As you’ll remember, I went for MANCHESTER BY THE SEA and ARRIVAL to win Original and Adapted Screenplay, respectively. MANCHESTER deservedly won Best Original Screenplay, but ARRIVAL lost out to none other than MOONLIGHT. Adapted Screenplay was arguably the toughest category to call, but when Amy Adams, star of ARRIVAL, walked on to present the award, I was feeling pretty confident. It seemed like the Academy really wanted MOONLIGHT to win, though – maybe wary of previous #OscarsTooWhite controversies to let a powerful film down. Realistically, Adapted Screenplay could’ve gone to any of the nominees. LION won the BAFTA equivalent and FENCES and HIDDEN FIGURES can feel like they had a great shot, too. Hey, 1 out of 2 ain’t bad, though!

There were a few shocks here and there, but nothing to set the world on fire. The rather poor SUICIDE SQUAD won in Best Hair and Makeup. This is a film that didn’t deserve to win any award, and when you look at how good STAR TREK: BEYOND’s hair and makeup was, it’s hard to believe SUICIDE SQUAD won. The DC film now has won the same number of Oscars as CITIZEN KANE and MORE Oscars than PSYCHO… that just doesn’t seem right somehow… but before I get too animated, let’s turn to animation. A slight shock in the animated category with ZOOTOPIA taking home the Animated Oscar in a strong, Pixar-less category this year. I would personally argue strongly for KUBO AND THE TWO STRINGS, but this wasn’t the biggest shock of the night. No, the shocks were left for Best Picture…

Best Picture was the center of controversy and confusion Sunday night. Warren Beatty and Faye Dunaway announced LA LA LAND as best picture, before it was revealed the card they had actually said “Emma Stone, LA LA LAND”. MOONLIGHT was then “correctly” presented with the Best Picture award. But it tainted the whole night, which had otherwise been enjoyable.

The LA LA representatives handled it well, as did the MOONLIGHT crew, but this left the Oscars to end on a very strange note. What’s more, LA LA still should have won. Not necessarily because it deserved to (which I do believe it did), but because it’s a film that was supposedly superior to every other film by at least four categories.

At this point, LA LA had won 6 Oscars to MOONLIGHT’s 2 (before its Best Picture win), so surely LA LA should have won automatically because of its accumulation of awards? A film that is superior in 6 categories must win it. Obviously, that’s not the case. Since LA LA’s 14 nominations were announced, it was the clear favorite, and it was always going to win several awards. The Academy gave themselves a problem when nominating LA LA in 14 different categories. How could it not win? And so, that made the mess up even worse. No-one questioned the Best Picture decision, so when MOONLIGHT eventually received the award, they could not enjoy it properly and the LA LA crew’s moment was taken from them. Go back and watch the moment and try to spot director, Damien Chazelle. His face really paints a picture…

But let’s not let this tarnish MOONLIGHT’s monumental achievement. Congratulations to their cast and crew for a truly unexpected and historic win!

The rest of the night DID go to plan. The entertainment was enjoyable. 16-year-old and star of MOANA Auli’l Cravahlo performed ‘How Far I’ll Go’, which was arguably the best performance of the evening, especially considering she’s still a baby! Jimmy Kimmel was also a surprisingly good host. His rips on Matt Damon were well-humored and Damon played into it well – the highlight being when Kimmel started playing Damon off while he presented and award. I wouldn’t be upset if Kimmel returned next year. Let’s just hope they announce the right winner next time.